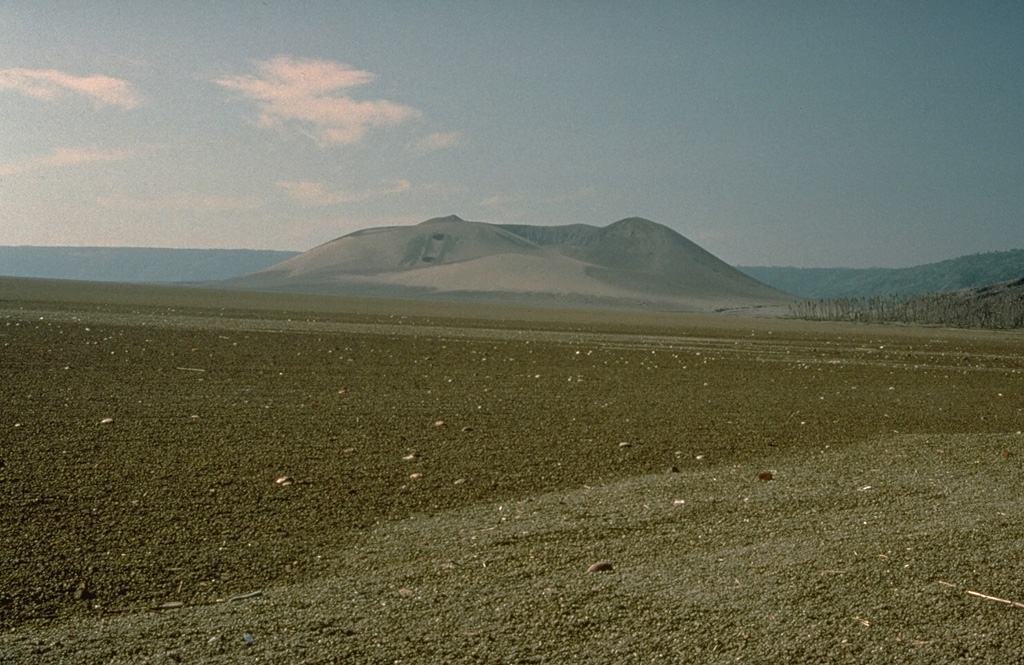 A large raft of floating brownish pumice from the 1994 eruption of Rabaul volcano obscures the surface of Blanche Bay. The pumice originated from Vulcan volcano (center) during a series of explosive eruptions beginning on 19 September. The larger, light-colored objects in the pumice raft are floating coconuts. This photo was taken on 11 October, three weeks after the start of the eruption, and nine days after activity ceased at Vulcan.