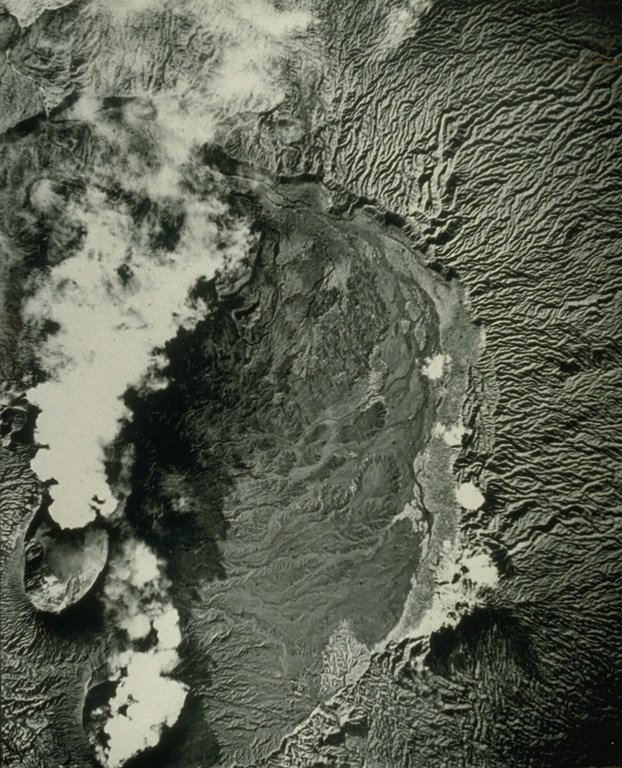 This vertical aerial photo shows part of the 12-km-wide summit caldera of Ambrym. The craters emitting plumes to the lower left are Marum (top) and Benbow (bottom). The caldera formed during a major Plinian eruption that included pyroclastic flows about 1,900 years ago. Post-caldera eruptions, primarily from Marum and Benbow cones, have partially filled the caldera floor and also formed a series of cones and maars along a fissure system oriented ENE-WSW.

Photo by Royal Air Force (published in Green and Short, 1971).