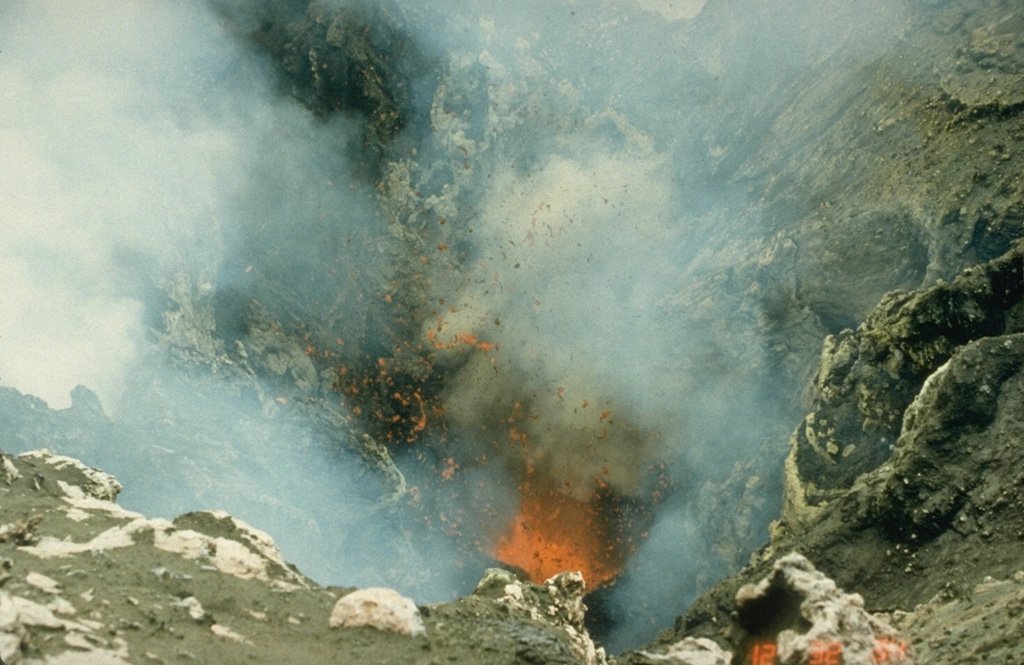 Incandescent spatter is ejected from a vent in the summit crater of Yasur volcano on 8 September 1988. The volcano has produced continuous Strombolian or Vulcanian activity since at least 1774. The mild activity seen here is occasionally interrupted by more violent explosive activity, such as during 1878, 1968, 1972, 1974-75, and 1977.