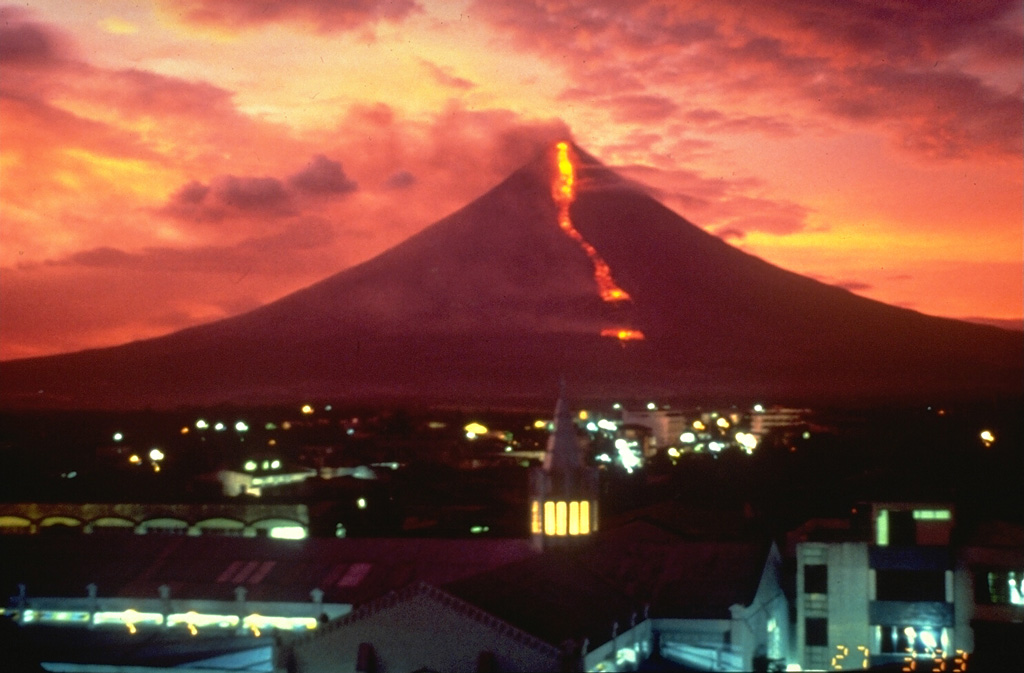 An incandescent lava flow, seen in this sunset view from Legaspi City, descends the SE flank towards the village of Buyuan on 27 March 1993. The eruption began on 2 February with an explosion and pyroclastic flow that traveled 6 km down the E flank and killed 75 people. During the rest of the eruption, which ended in early April, slow lava effusion was accompanied by small pyroclastic flows and ash emissions.

Photo by Philippine Institute of Volcanology and Seismology, 1993.