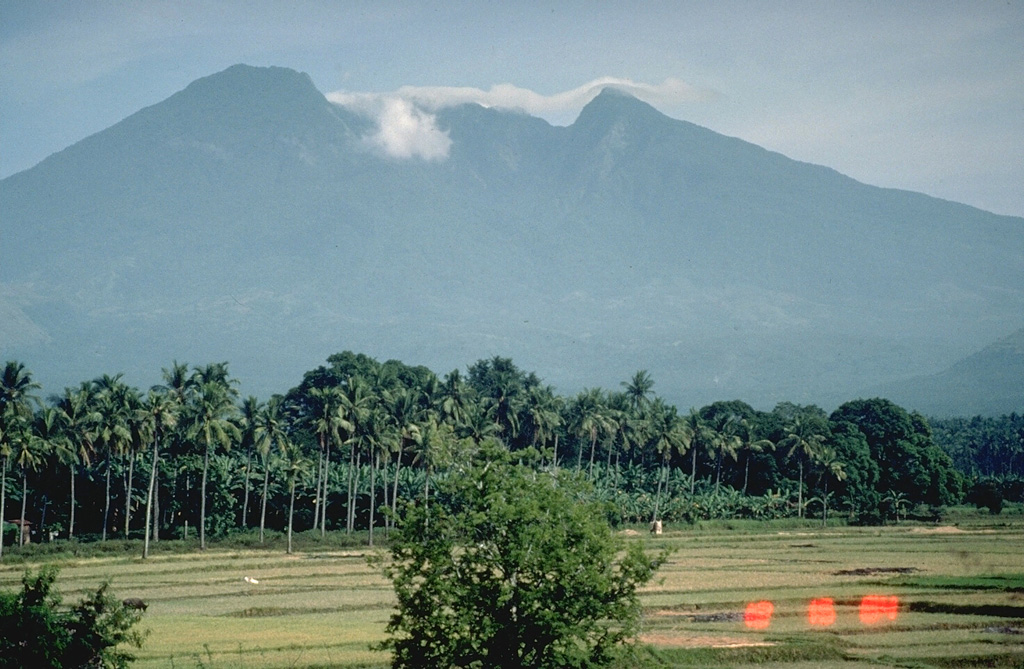 Mount Banahaw is the highest of a group of volcanoes S and E of Manila. The smaller San Cristóbal and Banáhao de Lucban have formed on the W and E flanks, respectively. This view from the SW shows a valley descending from the summit that formed or deepened during the outbreak of a crater lake in 1730. Collapse events produced two major debris avalanches, the largest of which traveled 26 km SE to the sea, where it forms a 10-km-long section of Tayabas Bay coastline. 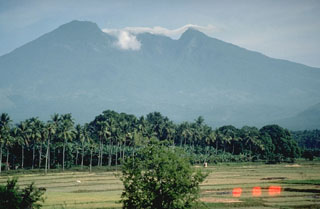