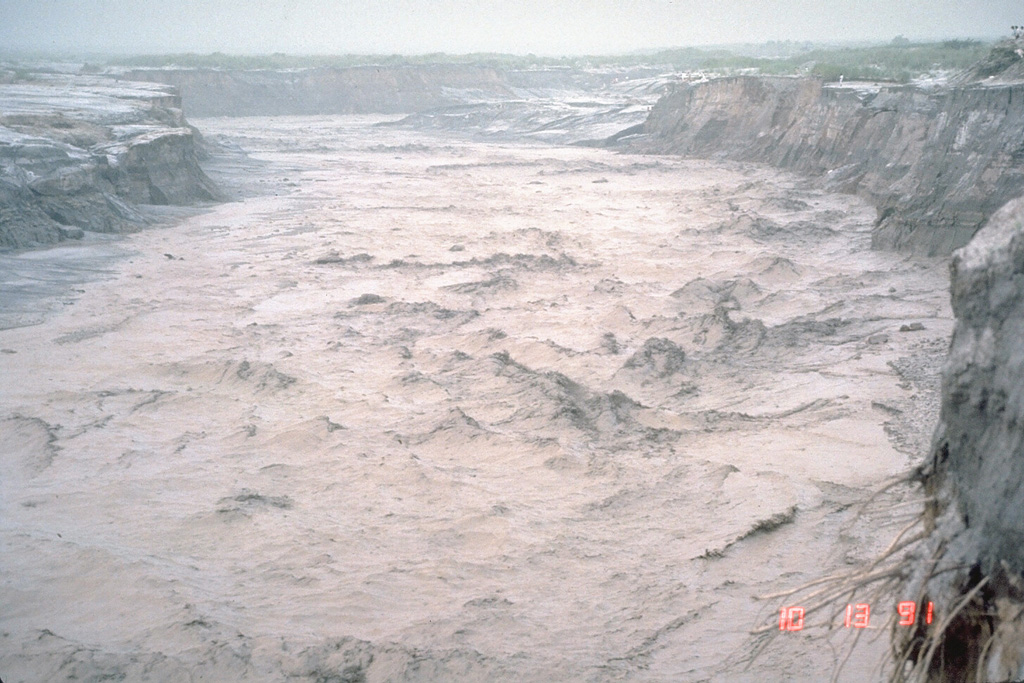 A lahar, or volcanic mudflow, fills the banks of the Pasig-Potrero River on the east side of Pinatubo volcano in the Philippines on 13 October 1991. The lahar moved at a velocity of 3-5 m/s and carried a few meter-sized boulders. This lahar was not directly produced by an eruption, but was triggered by minor rainfall that remobilized thick deposits of ash and pumice that blanketed the landscape. Devastating lahars occurred at Pinatubo for years after the catastrophic 1991 eruption.