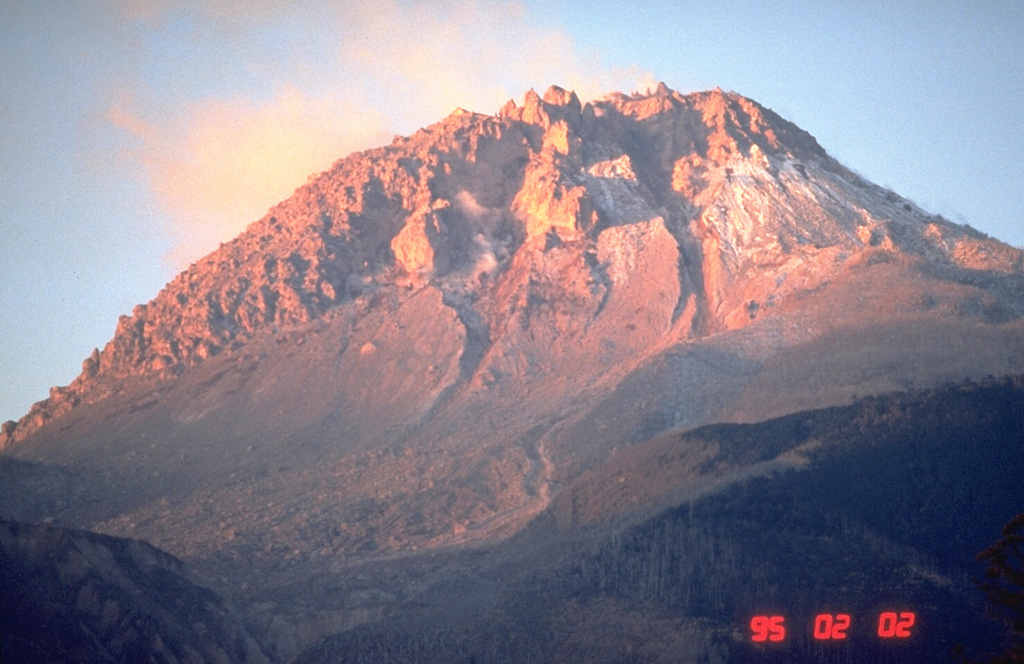 The 1990-95 eruption of Unzen volcano, in Kyushu, southern Japan, produced a lava dome at the summit. The rising sun colors the dome, seen here from the NE on 2 February 1995, near the end of the eruption. By this time the dome had grown to about 200 m above the pre-eruption surface. Periodic collapse of the growing lava dome had produced pyroclastic flows that devastated areas on the SE and NE flanks, resulting in the evacuation of thousands.