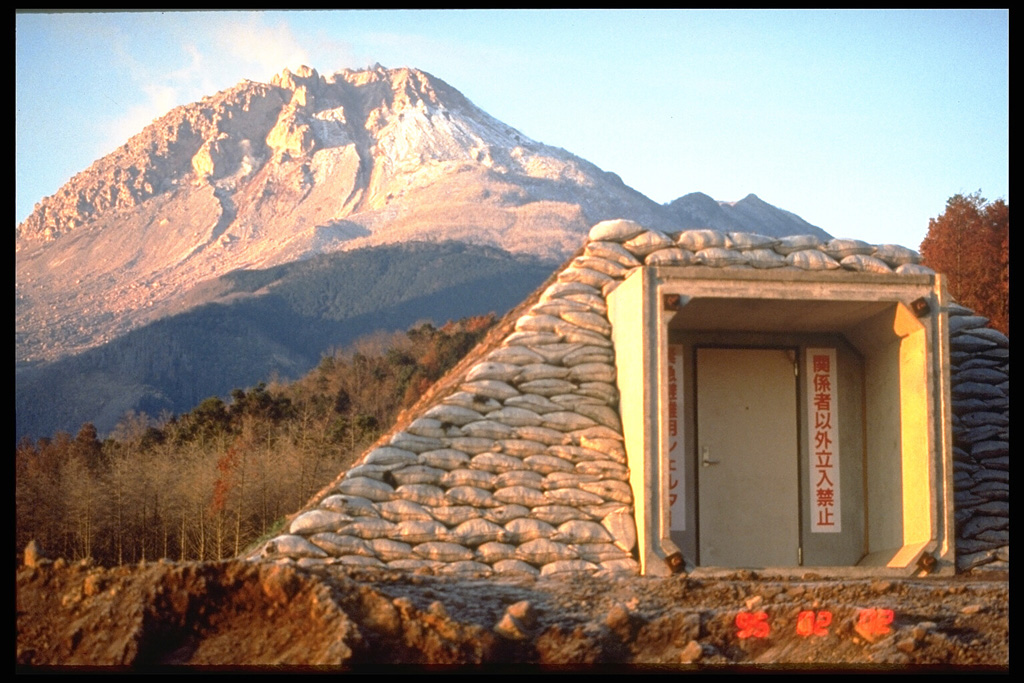 Starting in 1991 a lava dome grew at the summit of Fugendake in the Unzen volcanic complex. By the time the eruption ended in February 1995 the dome had grown to a height of 1,500 m, about 200 m above the pre-eruption surface. This 3 February 1995 photo from the NE shows a bunker in the foreground for emergency protection from block-and-ash flows that were produced by collapse of the growing lava dome.