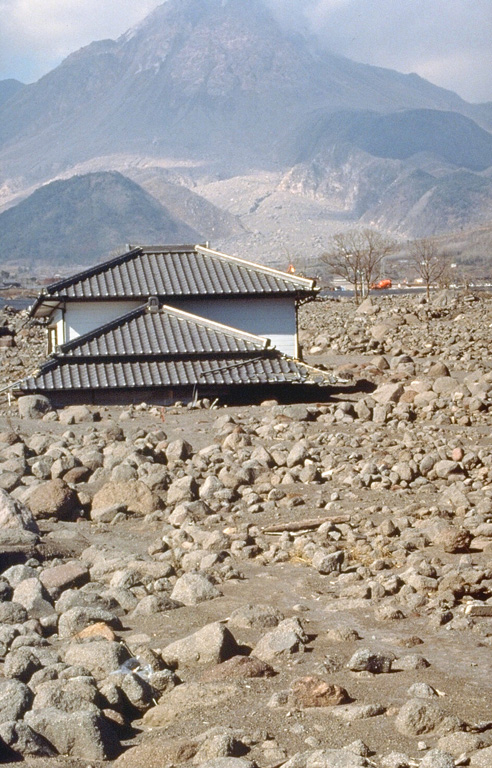 A house on the SW flank of Unzen volcano is buried to its eaves by lahar deposits. Redistribution of material that collapsed from the lava dome (background) produced lahars that devastated populated areas near the volcano. Dome growth, which had begun in May 1991, ceased at about the time of this 3 February 1995 photo.