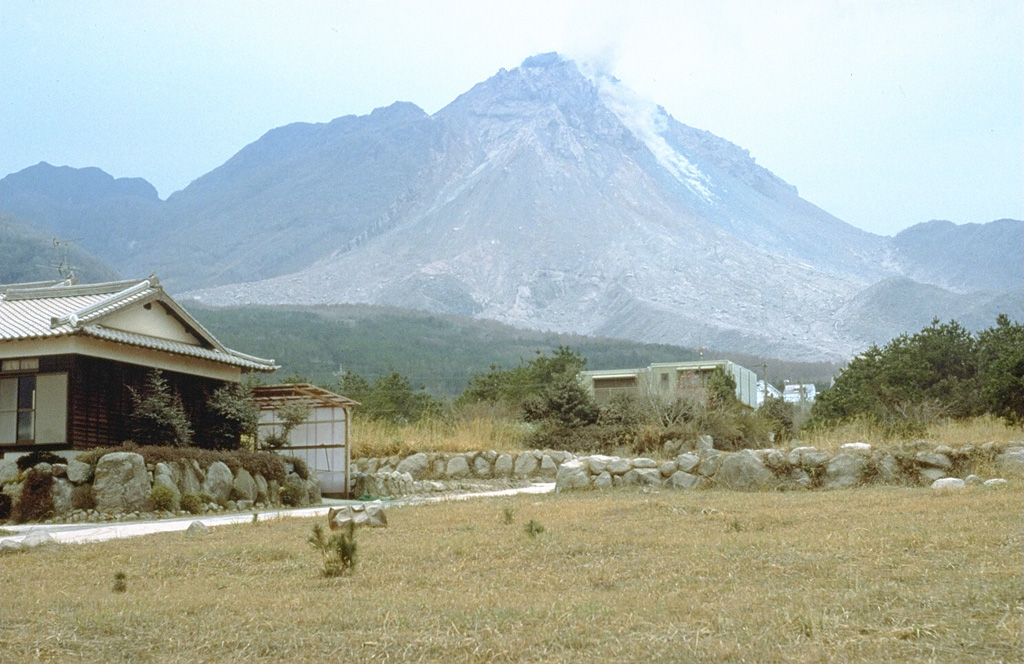 A small avalanche descends the east flank of the growing Fugendake lava dome on 23 March 1993. By this time the dome, which had begun growing in May 1991, had reached a height of nearly 1,440 m. This was 60 m higher than the former summit of Fugendake, the previous high point of the Unzen volcanic complex.