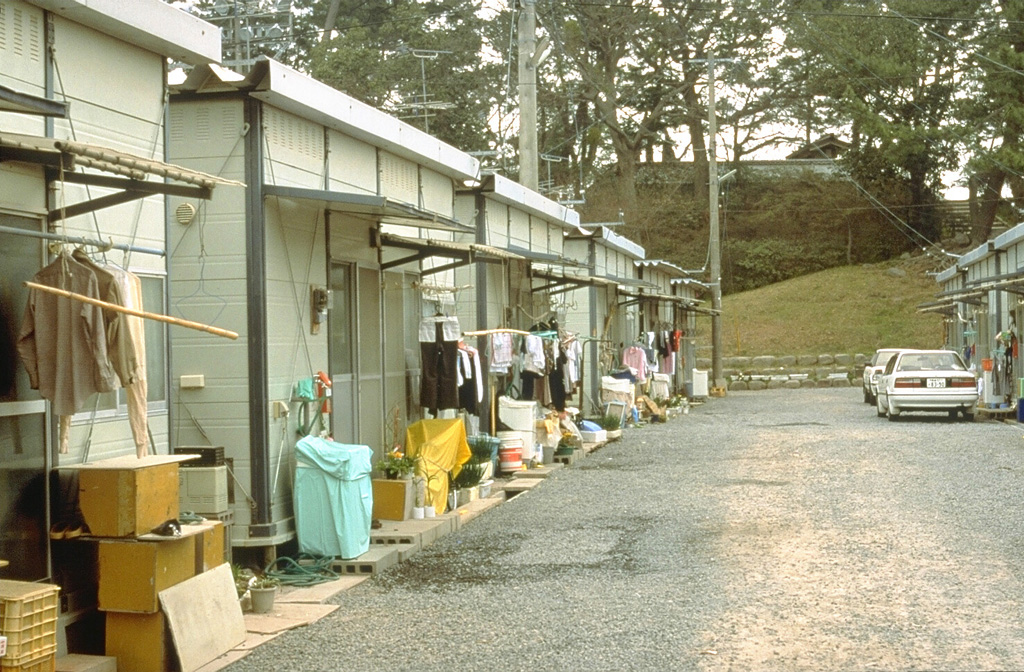 Up to 12,000 people were evacuated at various times because of the lengthy eruption of Unzen that began in 1990. Several thousand people faced long-term evacuation that resulted in living in government-constructed resettlement houses such as these.