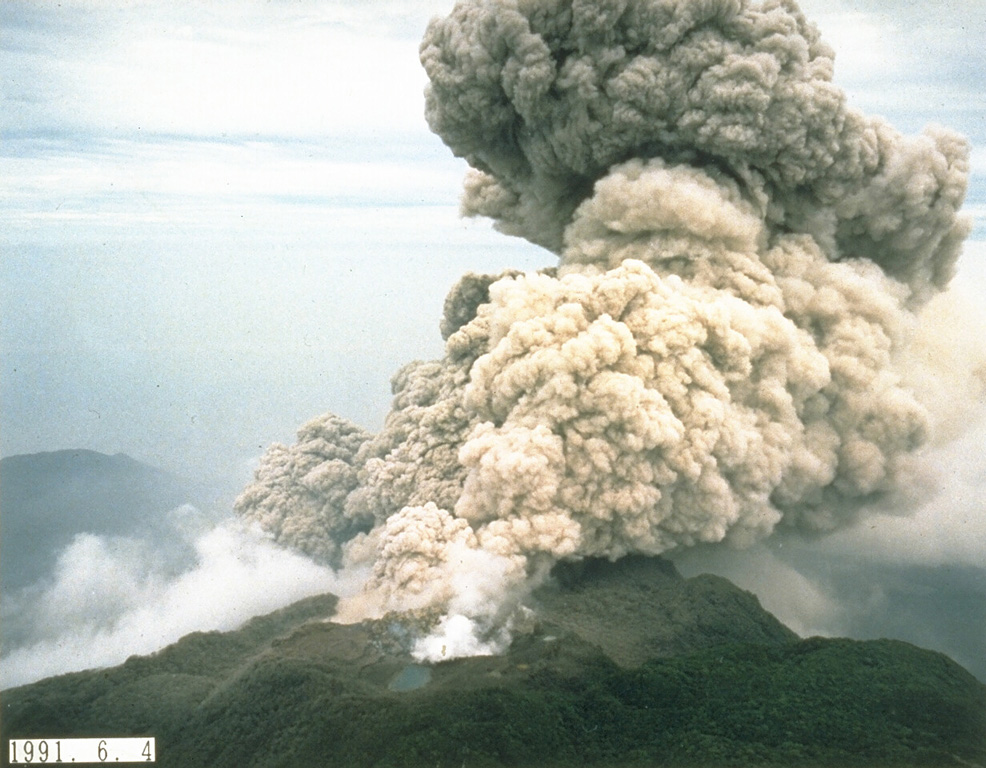 An ash plume rises from the summit crater of Fugendake on 4 June 1991, the day following deadly pyroclastic flows produced by collapse of a portion of the growing lava dome. The small pond in the foreground fills a crater formed by earlier exposions during the eruption that began in November 1990.