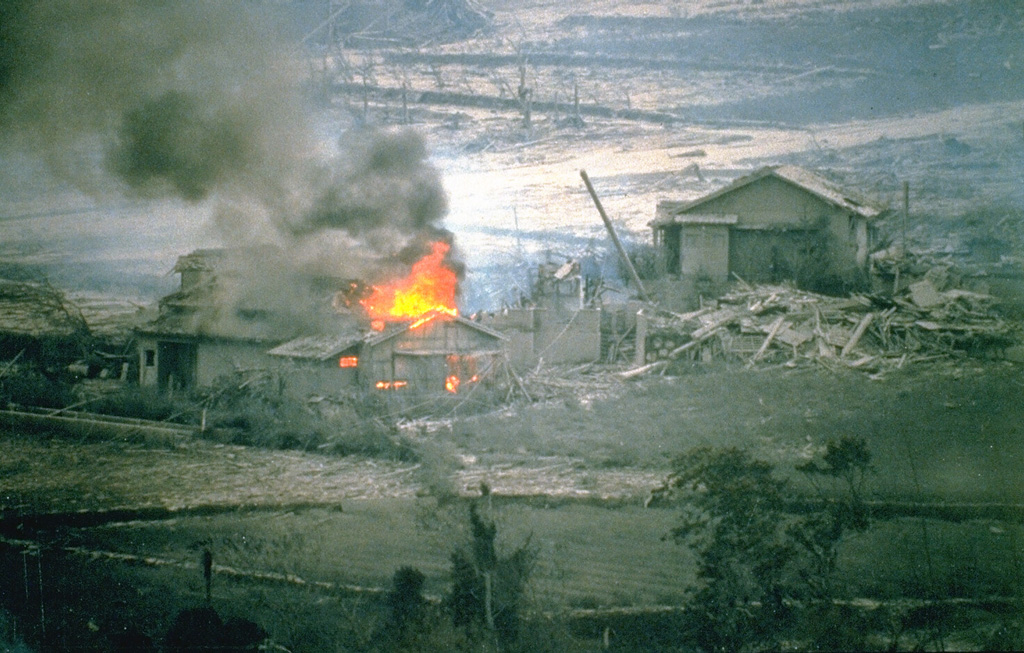 A house that was ignited by a hot block-and-ash flow burns in the Nakao River valley in June 1993. This marked the first destruction of property in drainages NE of Unzen. Pyroclastic flows on 23 June traveled 4 km down the NE flank and resulted in devastation across 1 km of a residential district on the outskirts of Shimabara City. The area had been evacuated since August 1991. One person who had entered the evacuated area to watch their house burn was killed by a second pyroclastic flow.