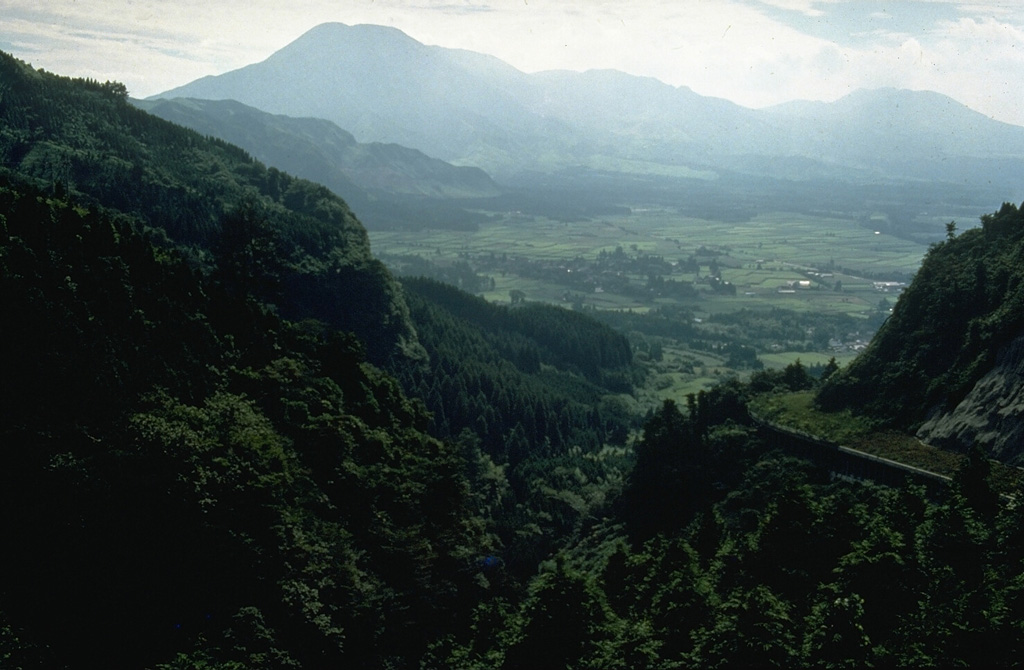 The 24-km-wide Aso caldera formed during four major Pleistocene explosive eruptions. These produced voluminous pyroclastic flows that swept over much of Kyushu. A group of 17 cones was constructed in the central part of the caldera, seen here from the ENE caldera rim. The Nakadake cone is one of Japan's most active volcanoes with recorded eruptions dating back to 553 CE.