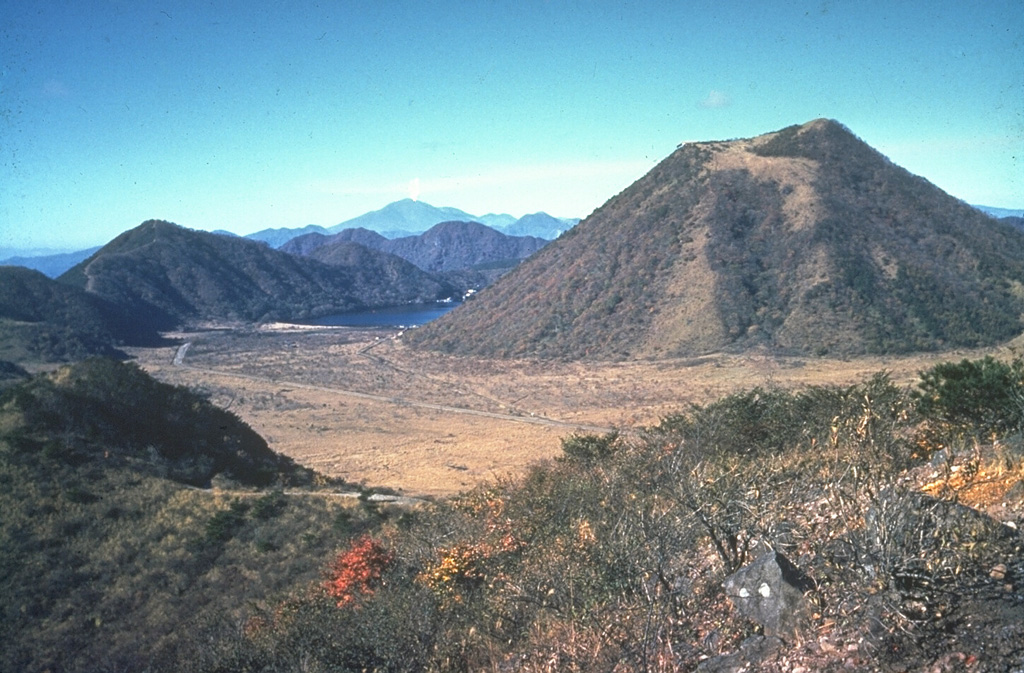 Harunasan volcano contains a small summit caldera containing the post-caldera cone of Haruna-Fuji (right). Viscous lava flows and lava domes have formed within and around the caldera. Its western side is currently filled by Lake Haruna, which is visible to the left of the cone. The Futatsudake lava dome, outside the caldera to the E, was the source of two large explosive eruptions during the 6th century CE. This view from the NE also shows a plume emanating from Asamayama volcano on the distant horizon above Lake Haruna. 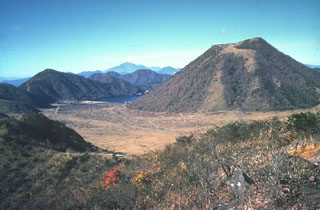