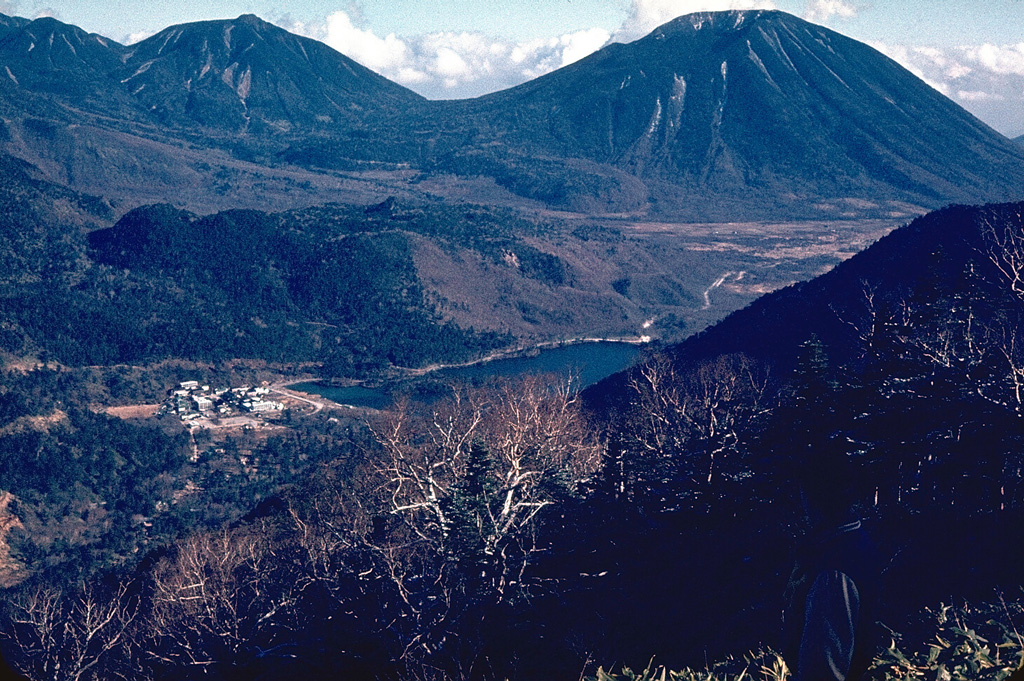 The Omanago volcano group (upper left) consists of a series of five lava domes in Nikko National Park. The highest dome is Omanago, located at the SE end of the complex. Mitsudake is the NW-most dome. The higher northern peak of the Mitsudake complex is out of view to the left, and the lower southern dome forms the low ridge behind the hot spring resort of Yunoko lake in the center of the photo. The peak on the right horizon is Nantaisan. 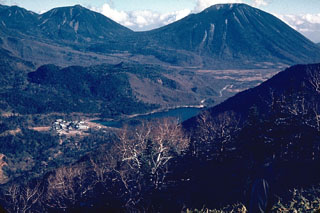