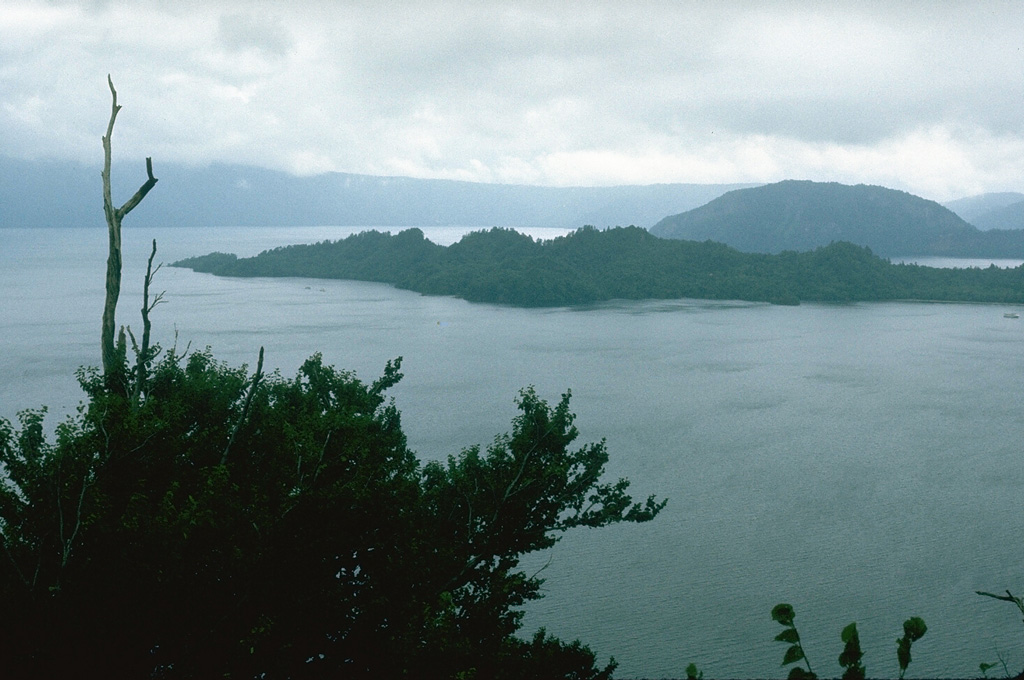 The rounded Ogurayama lava dome to the upper right formed at the end of the 915 CE Towada eruption. Three eruptions were accompanied by the emplacement of the 5 km3 Kemanai pyroclastic flow, which covered several large wooden buildings along the Yonesawa River. The dome formed along the NE rim of the Nakanoumi caldera, with its SW rim forming the peninsula in the center of the photo. The northern wall of Towada caldera appears in the distance. 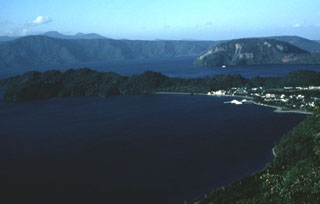