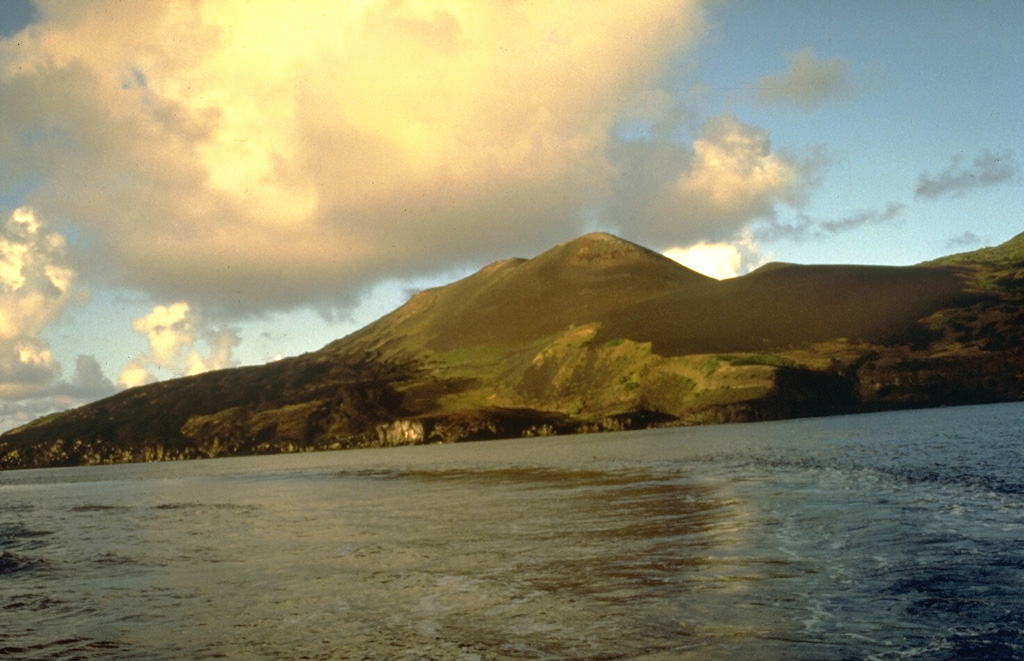 The northern volcano on the small, 2.8-km-wide island of Guguan is seen here from the west. An eruption between 1882 and 1884 formed the northern cone, which has three coalescing craters. Fresh lava flows that form the left coastline were produced during that eruption. 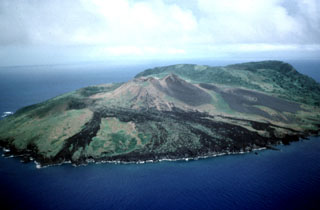