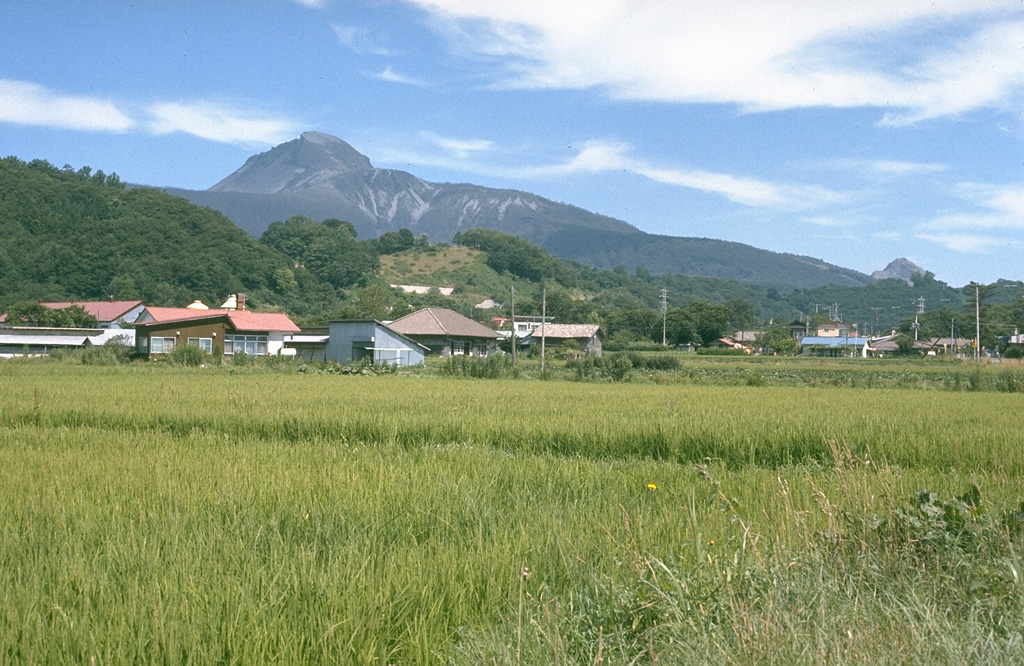 O-Usu lava dome (left center), the largest of several lava domes constructed in the summit crater of Usu volcano, formed during a major eruption in 1853. The eruption began on 22 April. The Kaei (Tateiwa) pyroclastic flow may have erupted on 27 April. Major explosive activity ended in early May and was followed by the growth of the dome. Two cryptodomes on the SE flank are thought to have formed at the same time as O-Usu. It is seen here from the S, with the 1944-45 Showa-Shinzan dome forming the small peak to the right.