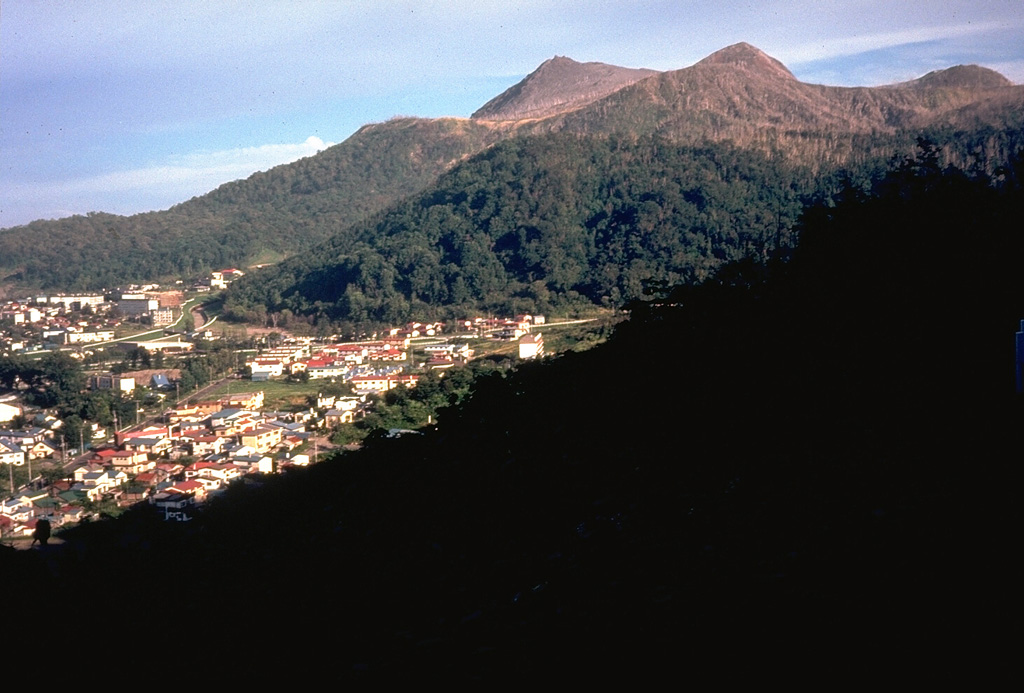 Usu volcano is a located on the southern topographic rim of the 110,000-year-old Toya caldera. The summit, seen here above the town of Toyako-Onsen to the NW, consists of dacitic lava domes and a cryptodome that were emplaced in a small summit caldera during historical eruptions.