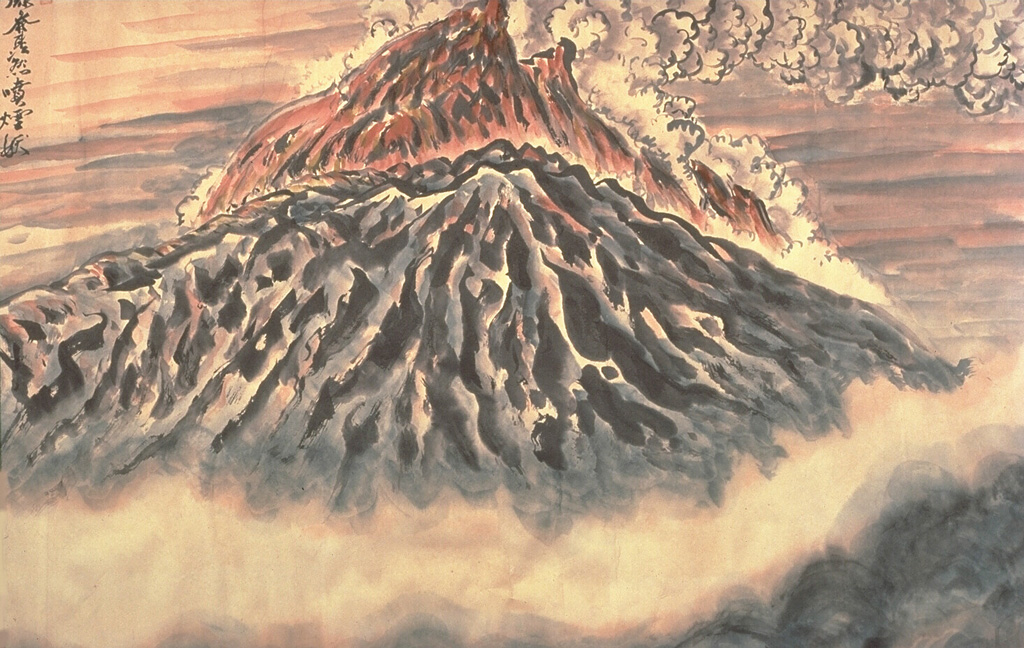 This March 1945 sketch by Masao Mimatsu, the postmaster of a town near Showa-Shinzan volcano, shows an eruption plume extending from the top of the growing lava dome. After 17 months of slow uplift that raised a cornfield more than 150 m to form the "Roof Mountain," lava first breached the surface in November 1944. By the time the eruption ended, a year later, the dome reached a height of 275 m above the pre-eruption surface.