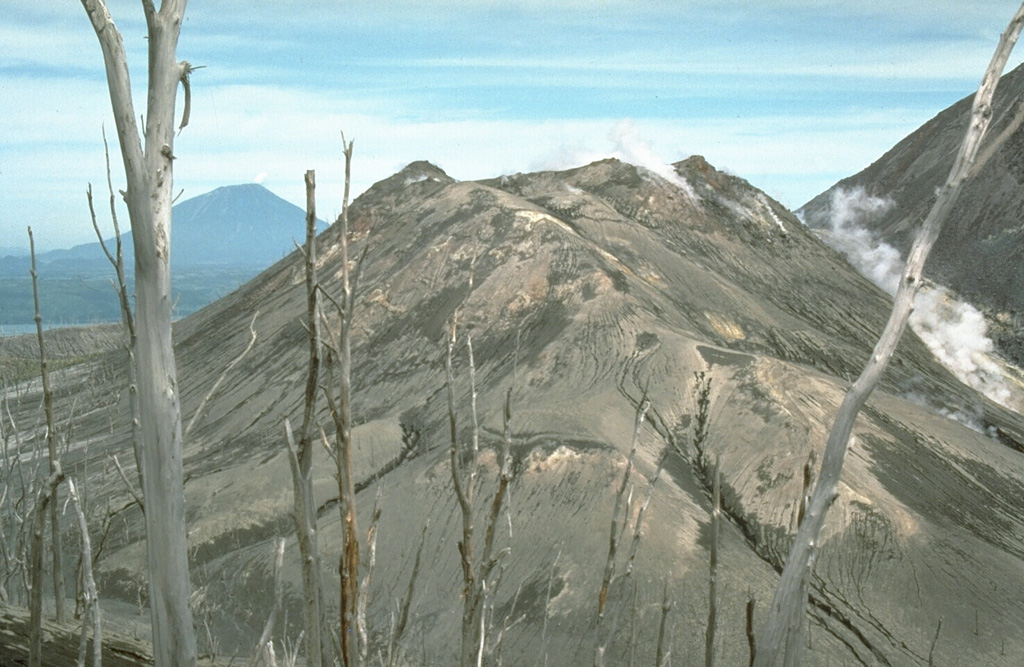 Ko-Usu lava dome, seen here from the S, is mantled by a thick blanket of ejecta from the 1977 eruption. Ko-Usu, one of several lava domes in the summit crater of Usu volcano, formed after a major explosive eruption either in 1663 or 1769 CE. Yoteizan volcano is on the left horizon.