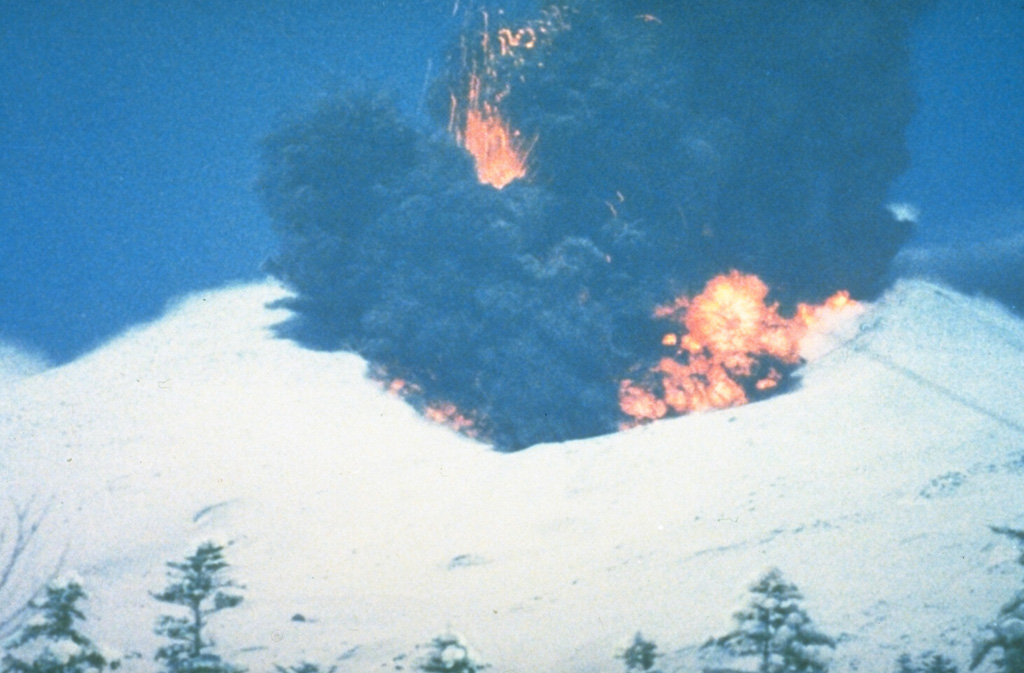 A phreatomagmatic explosion on 25 December 1988 at Japan's Tokachi volcano ejects incandescent blocks and a dark ash cloud. At the base of the ash plume is the leading edge of a small pyroclastic surge that eventually traveled down the N flank to 1 km from the vent. The 1988 eruption began with a phreatic explosion on 16 December. Intermittent explosive eruptions with small pyroclastic flows and surges began on 19 December and continued until 5 March 1989.