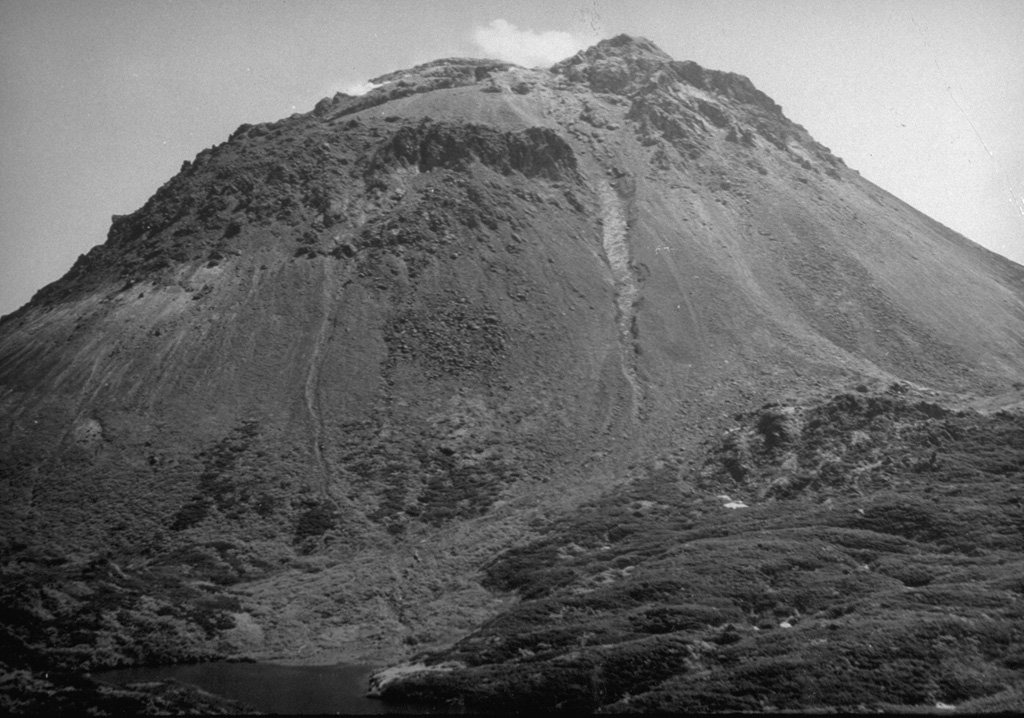 The Yakeyama (Grozny) lava dome, seen here from the N with Lake Lopastnye at the lower left, is the largest dome of the Etorofu-Yakeyama volcanic complex. The two thin light-colored areas descending from the summit region in this September 1989 view mark the paths of small lahars from a minor eruption that began in May 1989. The left-hand lahar reached the lake. The dark-colored area at the lower right is part of a series of lava flows that extend from beneath the dome's debris fan. The largest of these, on the S flank, reached 6 km to the sea.

Photo by A. Samoluk, 1989 (courtesy of Genrich Steinberg, Institute for Marine Geology and Geophysics, Yuzhno-Sakhalinsk).