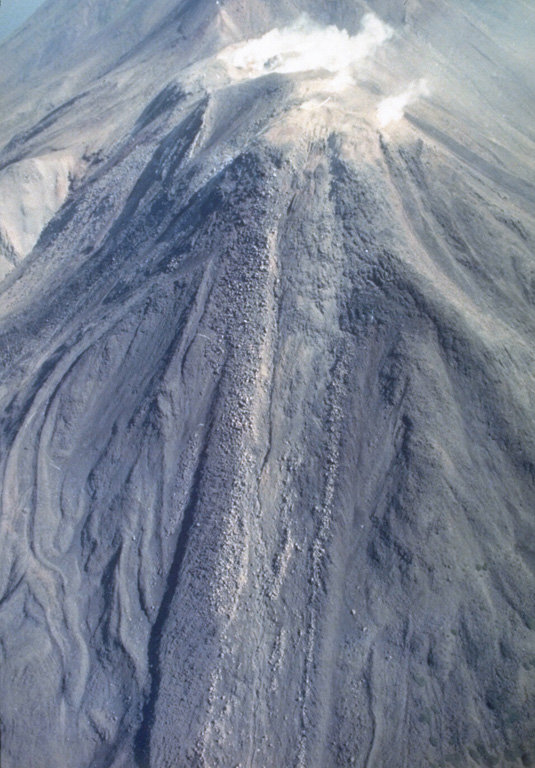 Lava flows, many with prominent marginal levees, descend the W flank of Moyorodake. This is one of four cones constructed along an NE-SW line and it has two shallow craters. The western crater has produced a thick lava flow and numerous other lava flows that form the flanks of the cone and extend 2-3 km. This cone had eruptions in 1778 or 1779, 1883, and 1958.