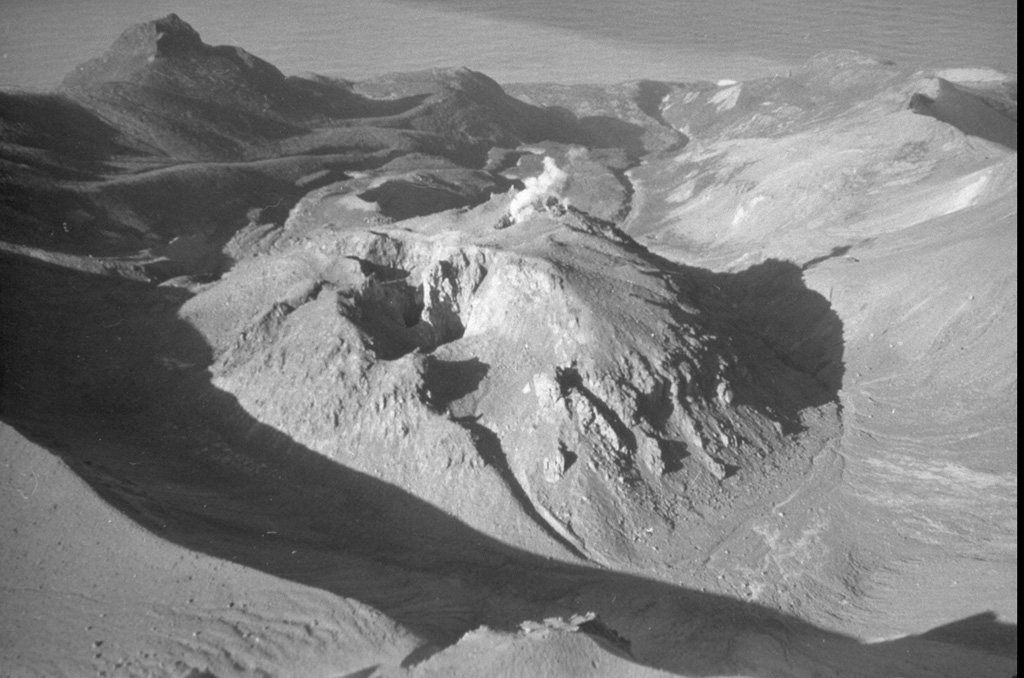 Berg volcano, seen here from the SE, is part of a closely spaced group of Holocene volcanoes in central Urup Island that is named after the most prominent cone, Kolokol. Berg has a 2-km-wide caldera that opens towards the NW and contains a large lava dome which was the most recently active of the group when this photo was taken in 1990. A small plume rises from an explosion crater on the NW side of the 250-m-high lava dome and a crater (center) is visible on the southern side. Eruptions have been documented since the late-18th century.

Photo by A. Samoluk, 1990 (courtesy of Genrich Steinberg, Institute for Marine Geology and Geophysics, Yuzhno-Sakhalinsk). 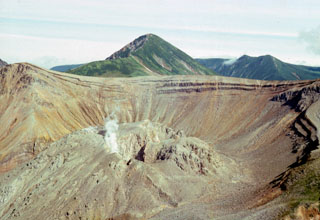