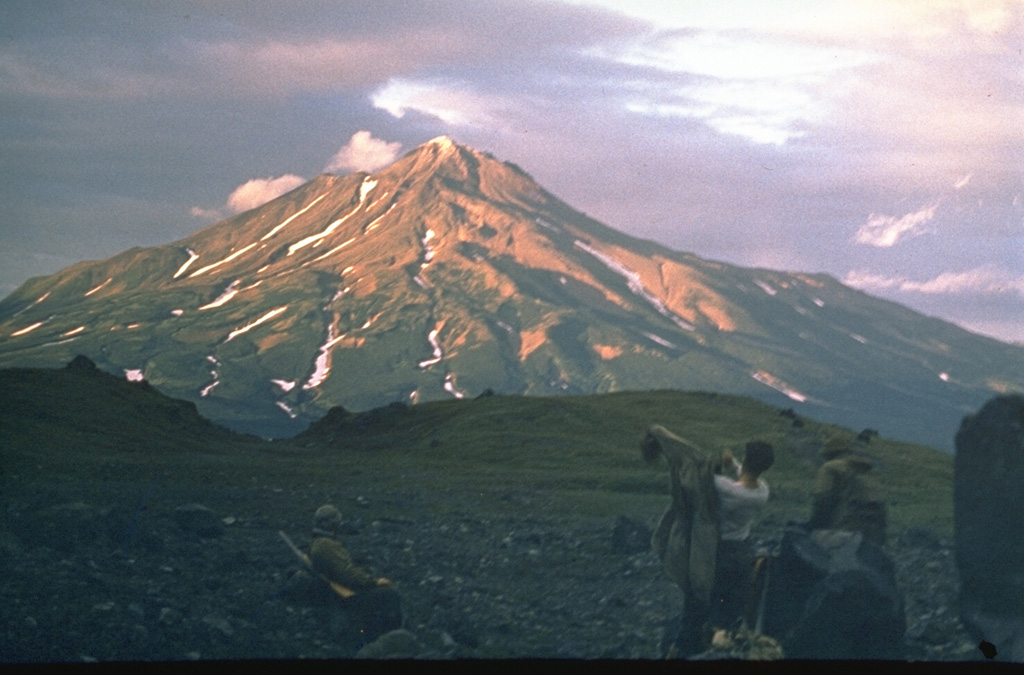 Zheltovsky, seen here from Diky Greben volcano to its SW, was constructed during the last 8,000 years within a 4 x 5 km caldera truncating an earlier Pleistocene edifice. A late-Holocene explosive eruption formed a 1.6-km-wide summit crater that was largely filled by four lava domes, the latest of which forms the present summit. A large eruption in 1923 produced explosive activity and a lava flow down the SE flank that partially flowed into a crater. 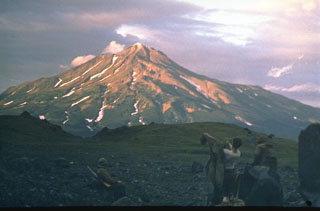