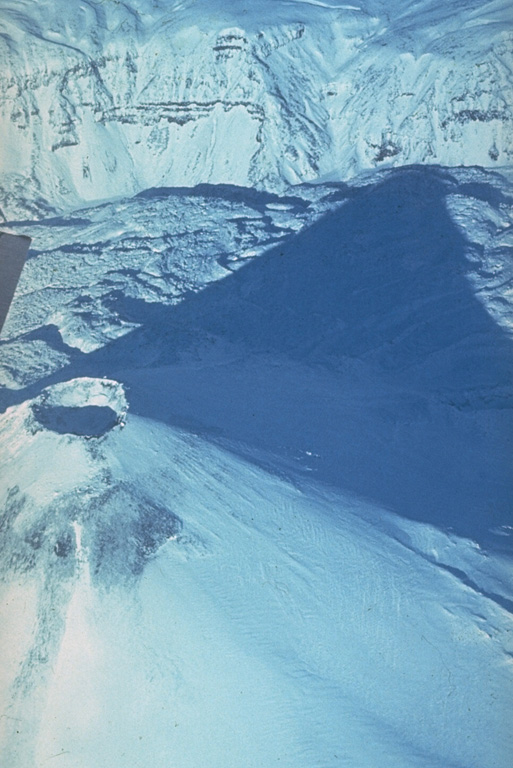 The shadow of Karymsky is seen here across lava flows within the caldera in which it was constructed. The NW caldera wall forms the 300-m-high cliff in the background. The 5-km-wide caldera formed during one of Kamchatka's largest Holocene eruptions about 7,500 radiocarbon years ago. Karymsky was constructed during frequent explosive and effusive eruptions during the past 6,000 years. Its recent eruptive period began about 500 years ago.