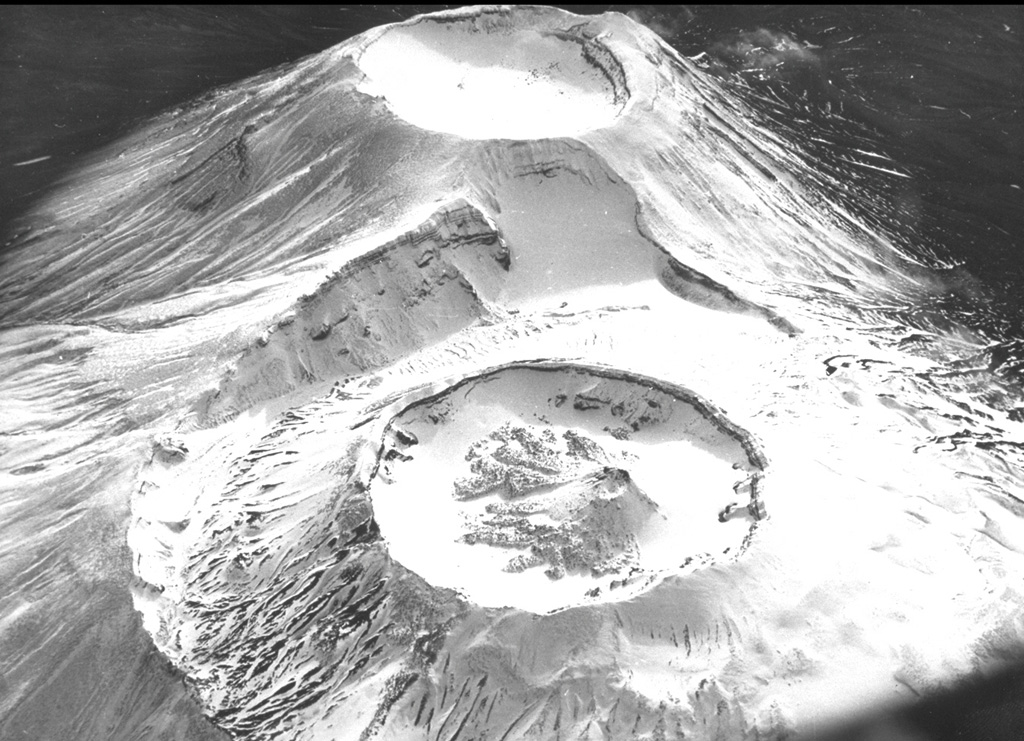 Krasheninnikov is comprised of two overlapping edifices seen here from the north, with both cones topped by 800-m-wide craters. Construction of the northern cone (bottom) began about 6,500 years ago and eventually formed an inner cone within a 2-km-wide crater, the rim of which is visible to the left. The small inner cone of the northern crater was built during an eruption about 400 years ago which also produced a SW-flank lava flow. 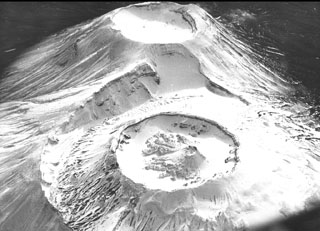