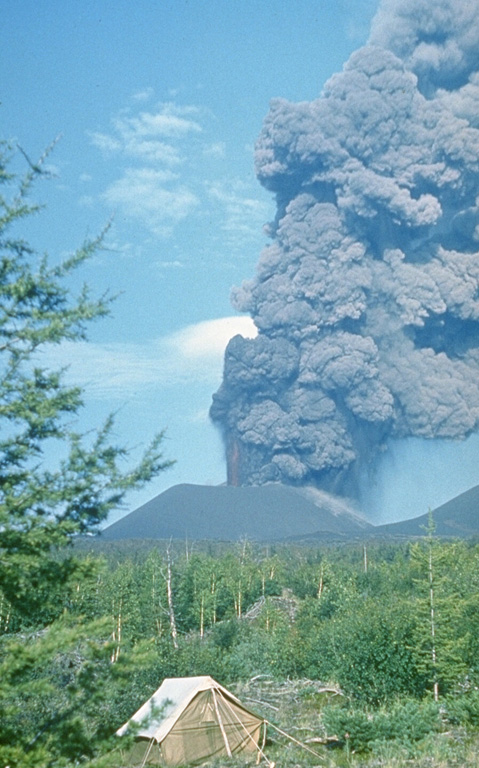 An ash plume rises above a scoria cone along the S-flank rift zone of Kamchatka's Tolbachik volcano in late July 1975. This was the first of three cones formed along the northern part of the rift zone during the early stage of the eruption and was only a few weeks old at the time of this photo. Lava fountains rose 1-2.5 km above the vent and ash plumes reached 10-18 km heights.