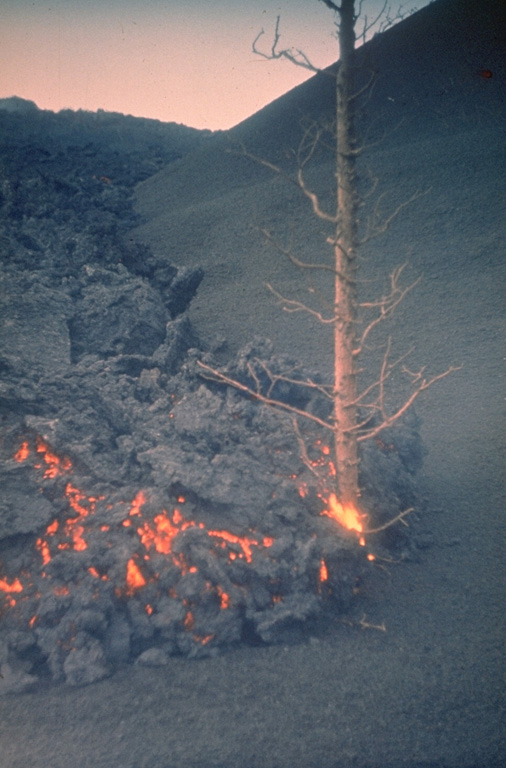 An incandescent lava flow slowly moves along the base of a scoria cone in April 1976, igniting a tree already killed by ash and scoria during the eruption. This was part of a lava field erupted from vents at the southern end of the 1975-76 "Great Tolbachik Fissure Eruption."