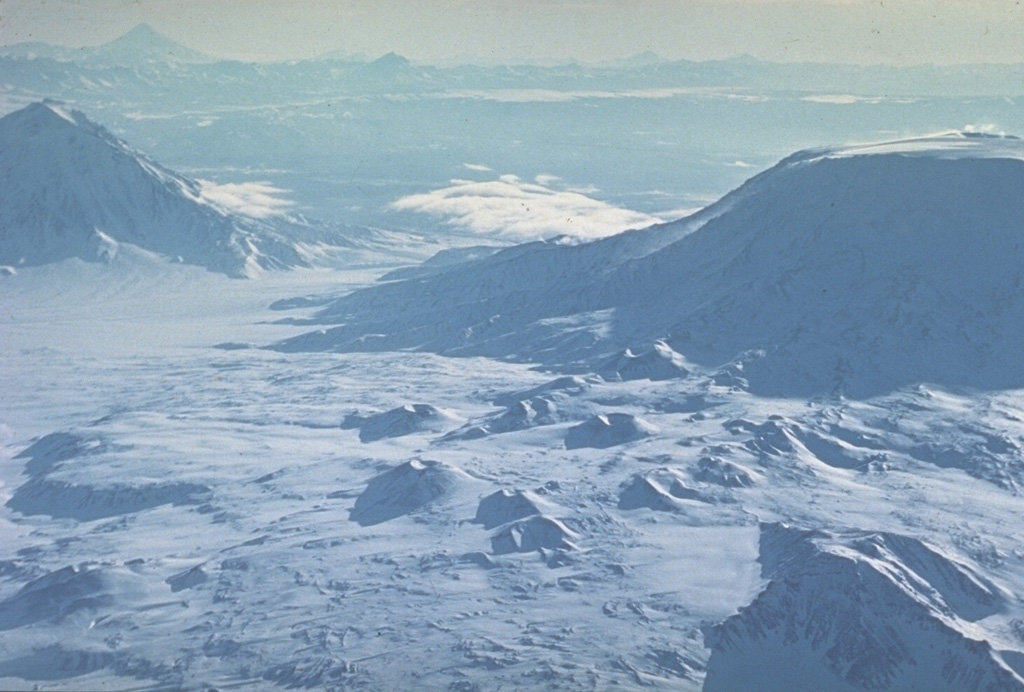 The summit of flat-topped Plosky Tolbachik volcano (right) contains a 3-km-wide, glacier-filled caldera. Scoria cones line a rift zone that extends to the NE. Another rift zone that extends 70 km SSW of the summit has been the site of frequent basaltic eruptions during the Holocene, including the "Great Tolbachik Fissure Eruption" of 1975-76. Udina rises to the left, with Kronotsky on the far horizon to the SSE. 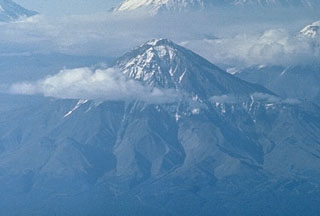