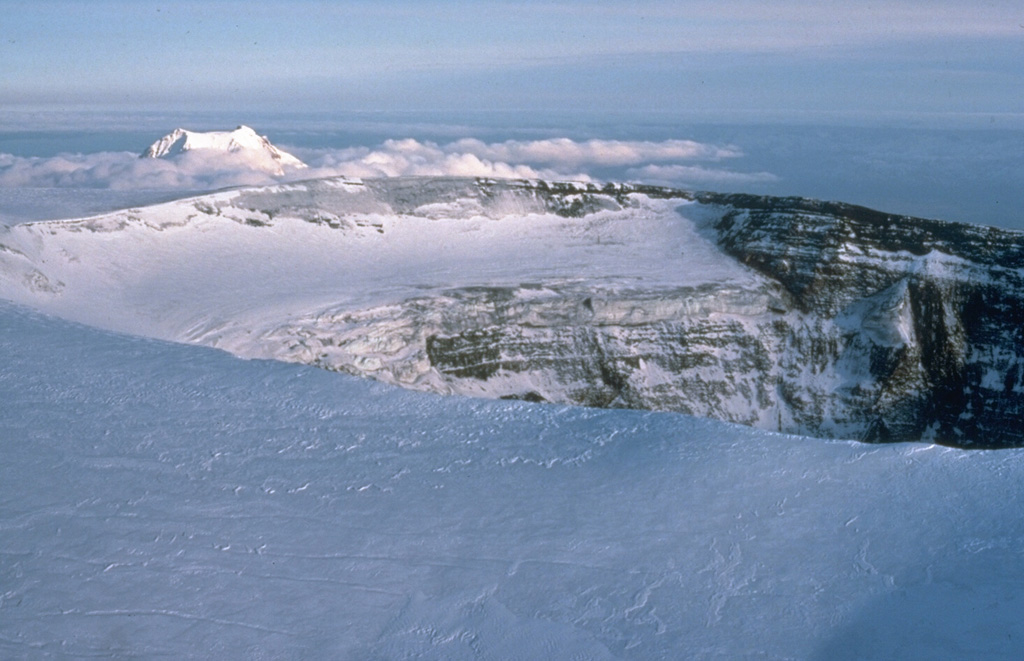 During the 1975-76 eruption a new collapse caldera formed within the Plosky Tolbachik main summit caldera. The eruption occurred along the SSW-flank rift zone 18 km away. Collapse began on 18 July following minor ash eruptions that began on 28 June. By mid-September the diameter of the caldera reached 1.2 x 1.6 km, and the depth increased from 230 to 400 m. The summit of Udina appears above the clouds to the SE.