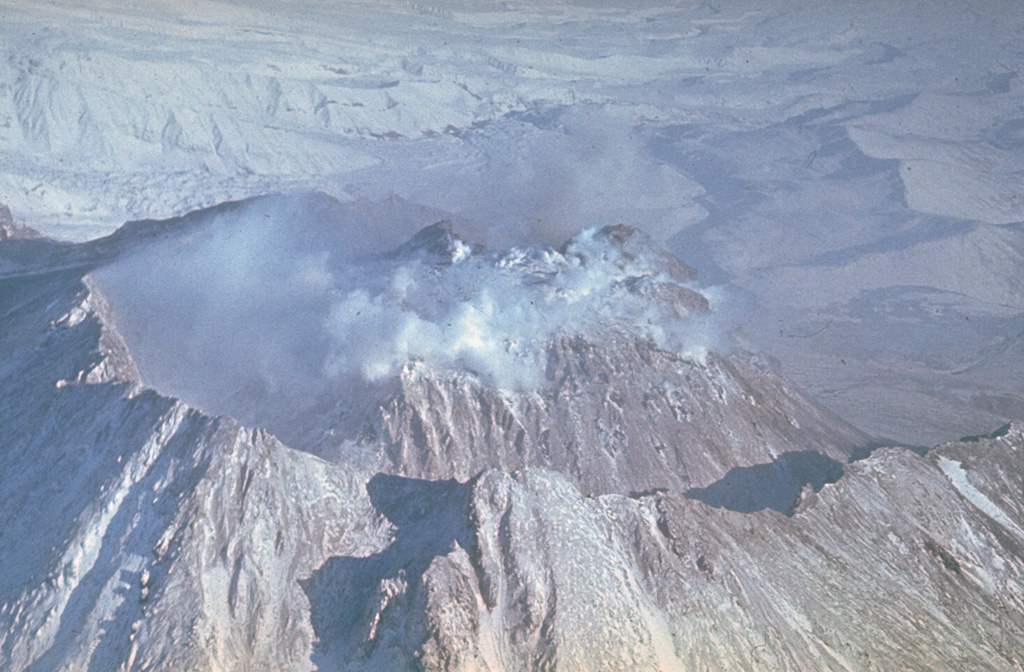 The Novy lava dome at Kamchatka's Bezymianny volcano began growing in 1956 within the large horseshoe-shaped crater. The 1.8 x 2.5 km crater formed during the catastrophic 1956 eruption flank collapse that resulted in a debris avalanche and lateral blast to the E. This 1980's view from the SW shows the dome within the crater, which subsequently grew to the height of the crater rim.