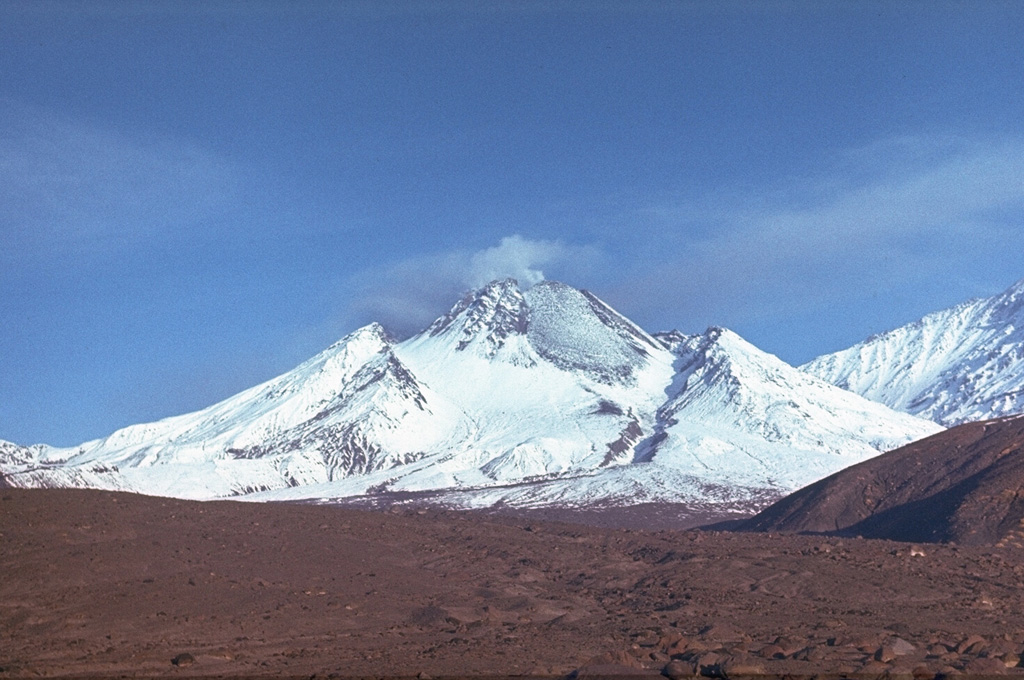 The Novy lava dome formed within the horseshoe-shaped crater that formed by collapse of the summit of Bezymianny in 1956. Intermittent dome growth since 1956 has filled much of the crater. This 11 September 1988 photo from the east shows the lava dome with a broad lava flow (lightly covered by snow) on the NE flank. The flow was produced by slow lava effusion during December 1986 to July 1988. The slopes of Kamen appear to the right.