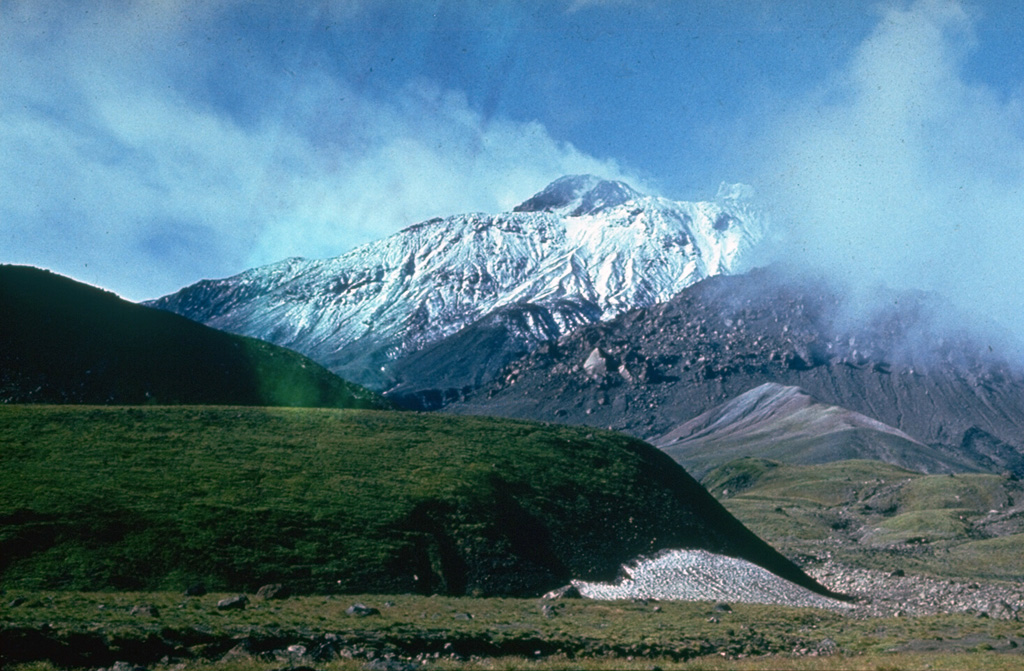 The south flank of Bezymianny contains several lava domes of Holocene age, one of which forms the unvegetated mass partly obscured by clouds to the left. The mostly snow-free summit lava dome rises above the south rim of the 1956 crater. The tip of Kamen is visible above the high point on the western crater rim to the left.