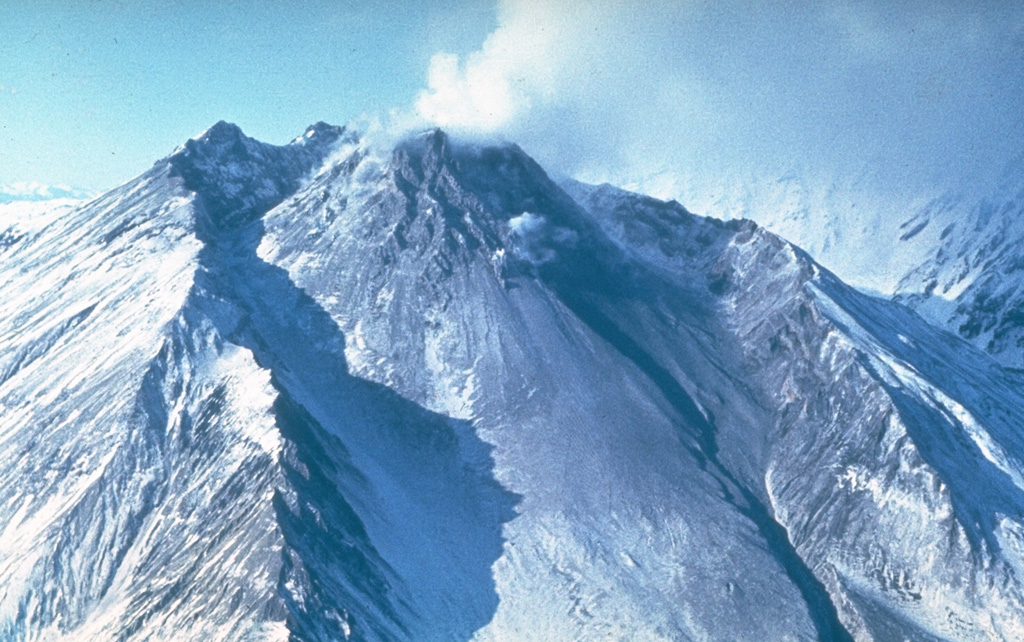 A lava dome fills much of the large horseshoe-shaped crater on the ESE side of Bezymianny in this late-1980s view from the SE. The crater formed during an eruption in 1955-56, which was similar to that of Mount St. Helens in 1980 with flank collapse and lateral blast components. Prior to this eruption Bezymianny had been considered extinct. Subsequent episodic lava dome growth, accompanied by intermittent explosive activity and pyroclastic flows, has largely filled the 1956 crater.