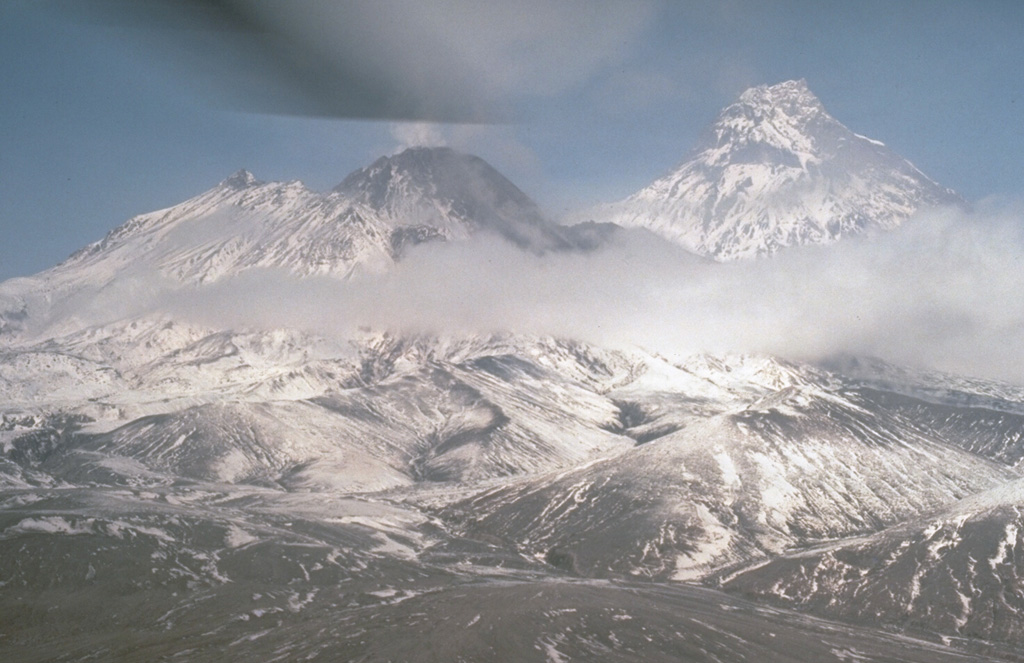 A weak plume rises from the summit lava dome of Bezymianny in September 1990. This view from the south shows Kamen to the right; to the left are the snow-mantled slopes of the outer flanks of the pre-1956 Bezymianny edifice. Collapse of the summit during a catastrophic eruption that year produced a large horseshoe-shaped crater that has subsequently been largely filled by growth of the lava dome.