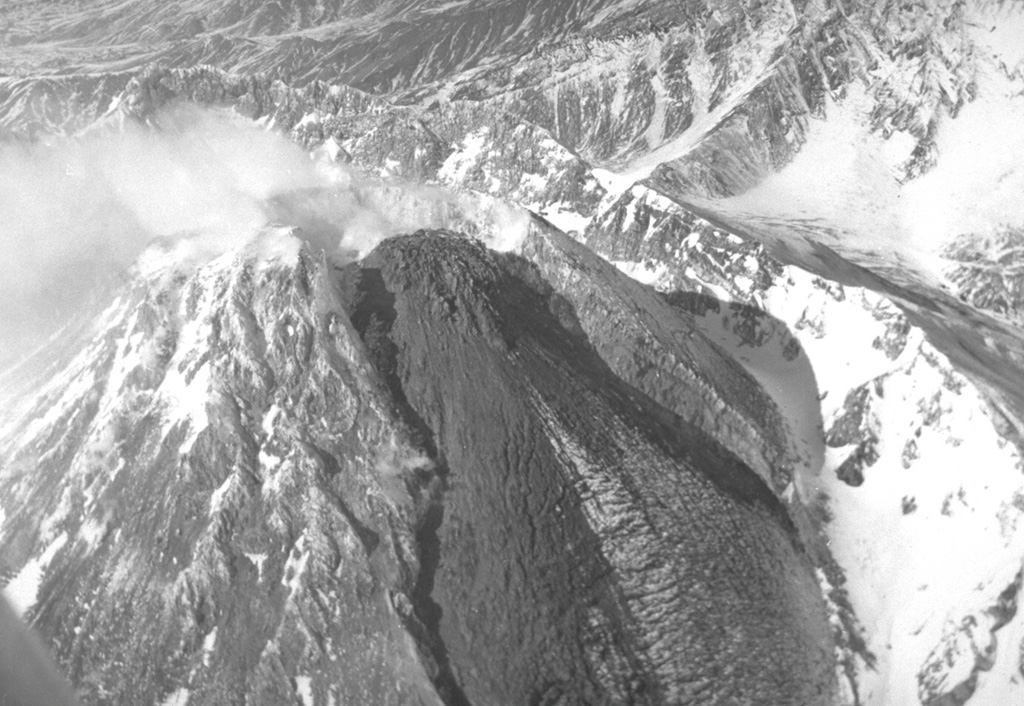 A viscous lava flow is extruded down the east flank of the Novy lava dome on 10 March 1987, within a trough that formed in the dome during the 1985 eruption. Extrusion of rigid blocks was first seen on 9 December 1986. On 16 December lava extrusion began, accompanied by explosions producing 5-6 km high ash plumes and pyroclastic flows that reached out to 4 km. Quiet lava extrusion continued until March 1988. In late July 1988 incandescence was seen at the top of the dome, accompanied by minor ash plumes.