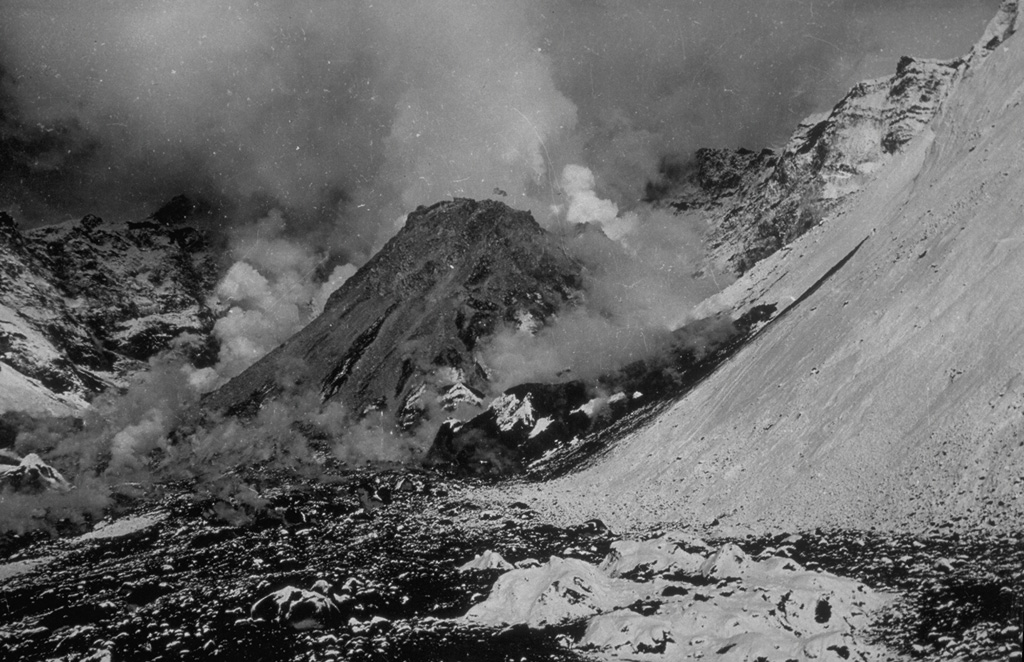 By the time of this 27 August 1956 photo, a new lava dome growing in the Bezymianny crater had reached a height of 320 m. The dome began growing in April, following a catastrophic eruption on 30 March in which the summit of the volcano collapsed, producing a massive debris avalanche and lateral blast towards the SE. The walls of the resulting horseshoe-shaped crater 1.3 x 2.8 km and 700 m deep that can be seen behind the lava dome. Gas emissions rise from the summit and base of the dome.

Photo by G.S. Gorshkov, 1956 (Institute of Volcanology, Petropavlovsk, published in Green and Short, 1971).