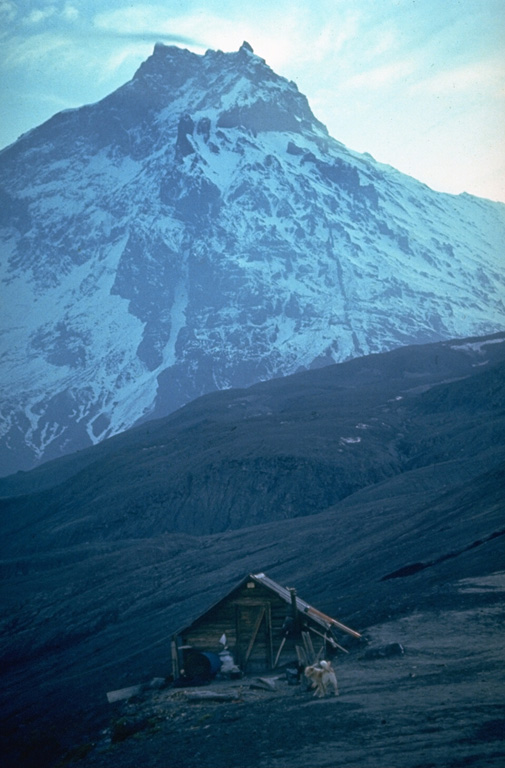 Rugged Kamen towers above a volcanological field station on the flank of Bezymianny. The ridge in the center of the photo is the southern rim of a scarp created by a massive volcanic landslide about 1,200 years ago. Collapse of the summit created a massive debris avalanche that reached more than 30 km to the east. The sheer landslide headwall reaches 3 km above its base.