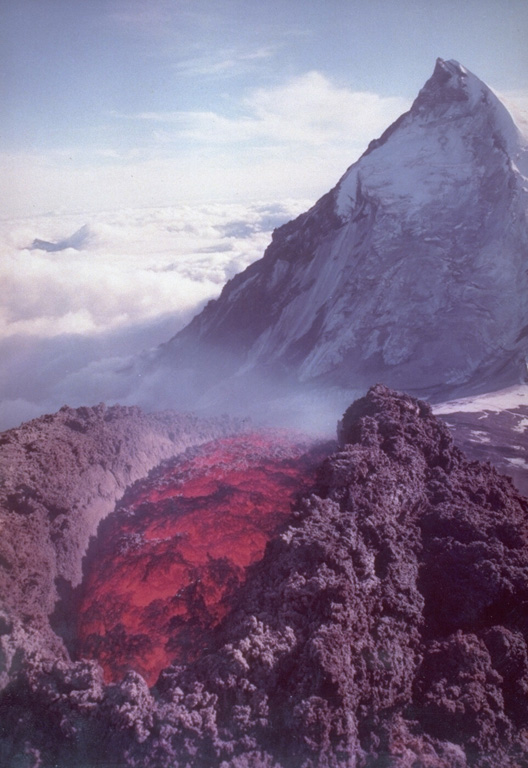 Lava extrudes from a vent on the SE flank of Klyuchevskoy volcano in 1988 with Kamen volcano in the background. Long-term activity at Klyuchevskoy has produced both explosive eruptions and lava effusion, taking place from vents at the summit and on the flanks. The steep eastern flank of Kamen resulted from collapse of the summit about 1,200 years ago, resulting in a massive debris avalanche that traveled approximately 30 km.