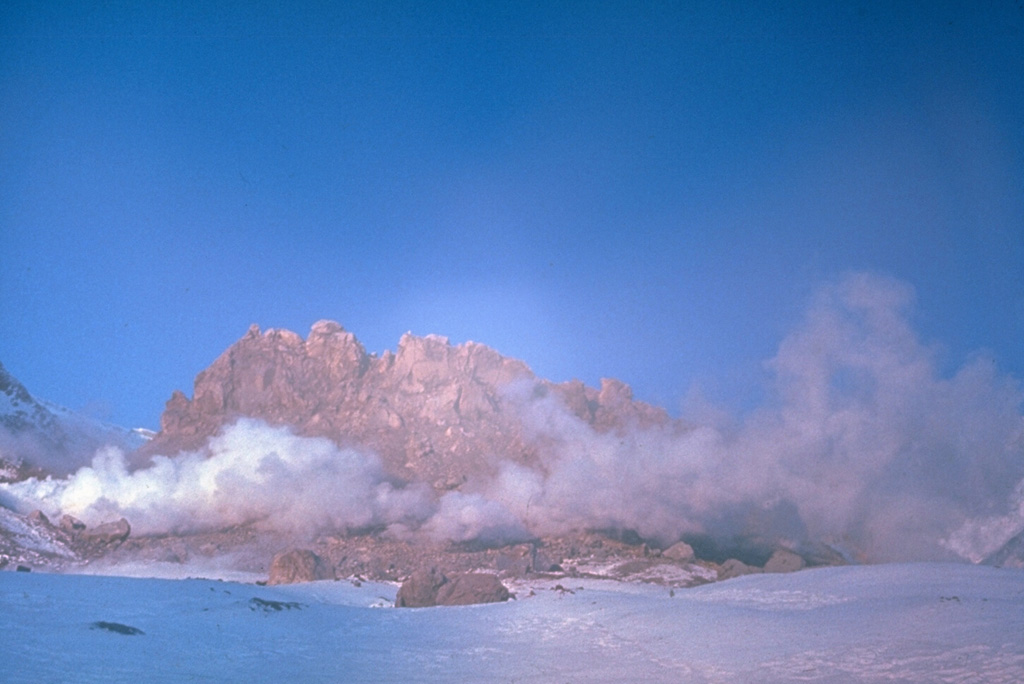 Nearly 16 years after the previous eruption of Sheveluch in 1964, lava dome extrusion began on 23 August 1980. Dome growth accompanied by minor explosions and avalanches took place at the location of an older dome in the 1964 crater, and continued until the end of 1981. This November 1980 photo shows gas rising from the base of the new dome, which by this time was about 170 m high and 300 m wide.