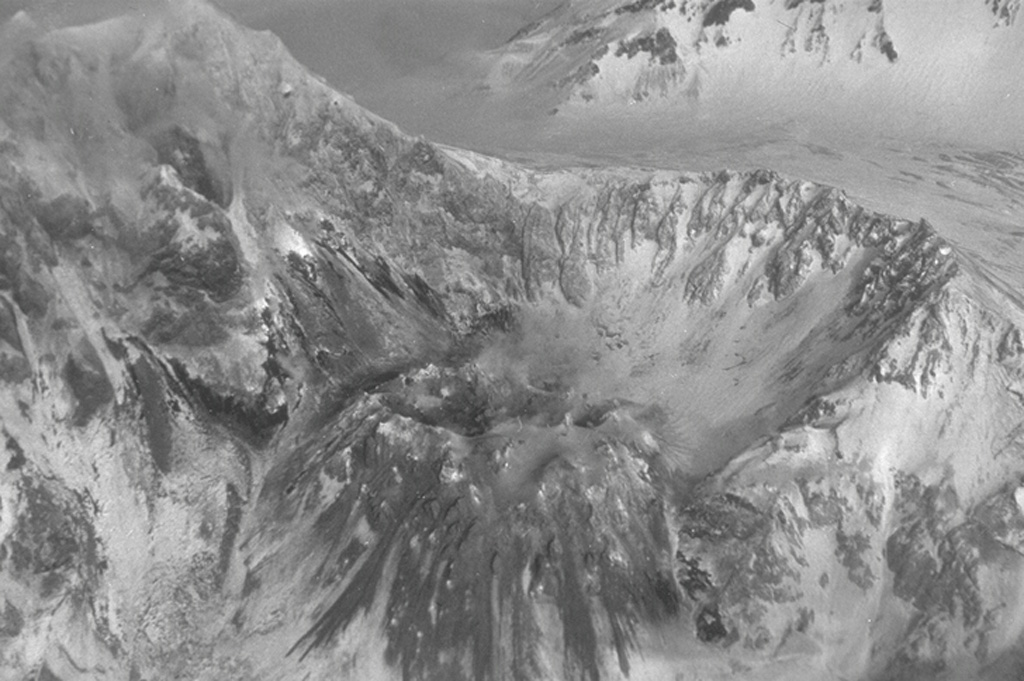 The lava dome in the Sheveluch crater is seen from the north on 2 February 1990, four days after a series of explosions began. The explosions created funnel-shaped vents at the dome summit up to a few tens of meters wide. Subsequent explosions occurred on 6 February, 2, 5, and 29-30 March, 26 and 29 April, and 4 August 1990. The latter eruption was the most vigorous since 1984, producing a 6-km-high ash plume, lahars, and block-and-ash flows that traveled 2 km.