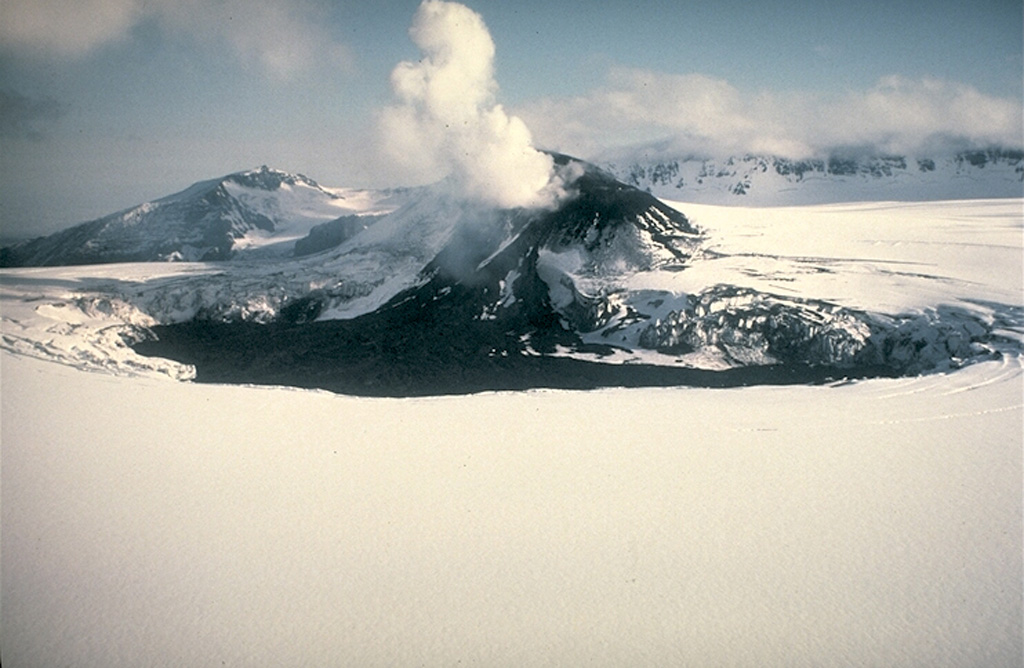 A scoria cone on the Veniaminof western summit caldera floor was the source of the dark lava flow that melted through glacial ice. This photo was taken from the SE on 15 June 1984, two months after the eruption ended, and shows the rim of the 8 x 11 km wide caldera in the background. The caldera rim contains Cone Glacier on the west side (to the far left) and is overtopped by glaciers on the south and SE sides.