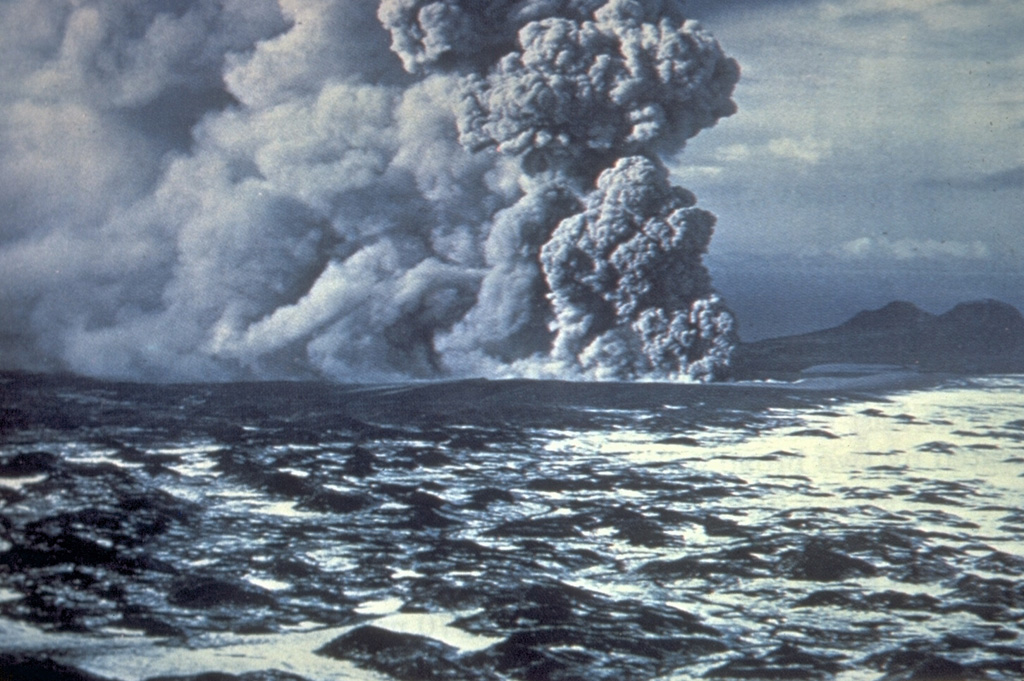 Phreatomagmatic eruptions produced when magma came in contact with groundwater eject an ash plume at the Ukinrek Maars on the Alaska Peninsula. This photo from the south on 5 April 1977 shows explosive eruptions from East Maar, one of two new craters that formed in glacial sediments, in an area without previous volcanic activity. The hummocky, snow-covered surface in the foreground is a debris avalanche deposit from Peulik.

Photo by Jim Faro (Alaska Department of Fish and Game).