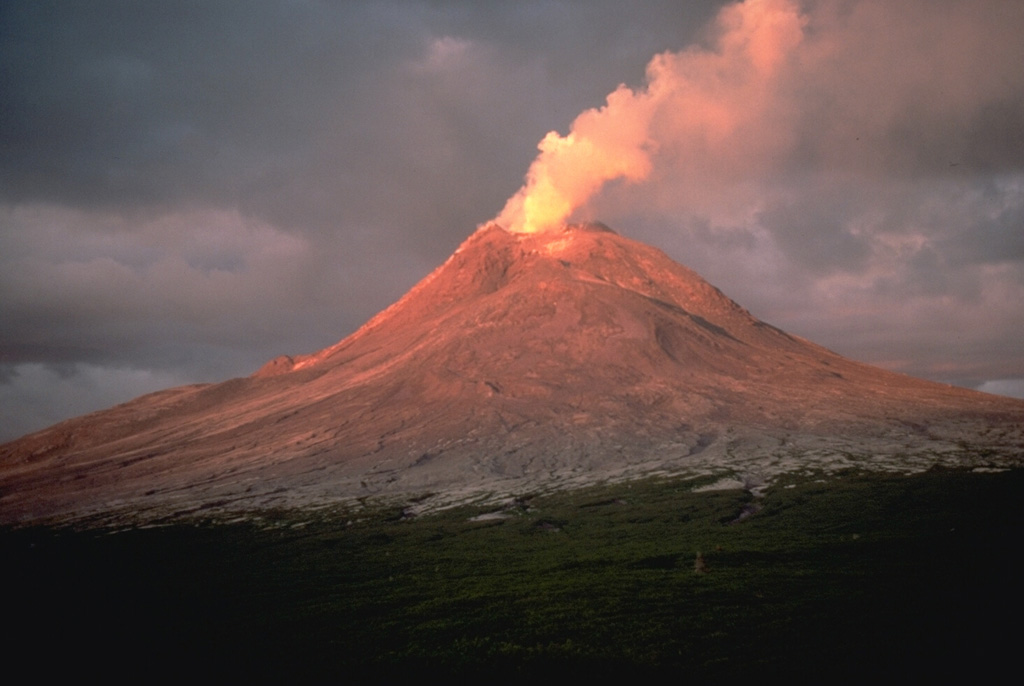 A plume rises from a degassing lava dome at the summit of Augustine during its 1986 eruption. This June 1986 view from the NW shows ashfall and pyroclastic flow deposits covering the upper flanks, which would normally be partially covered with snow fields at this time of year.