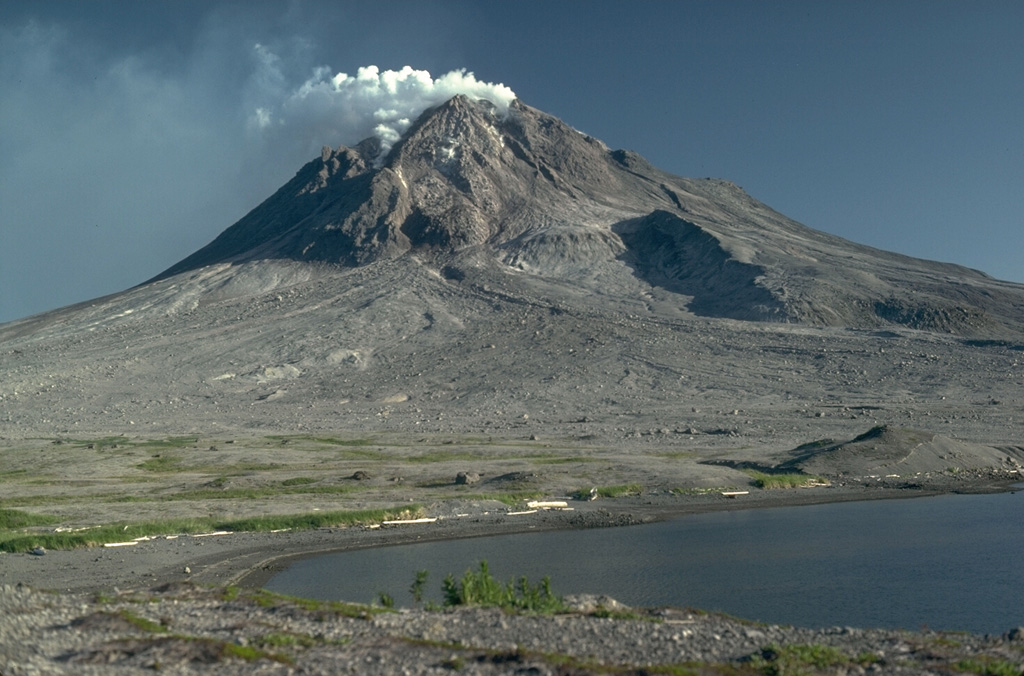 Several features of the Augustine 1883 eruption can be seen in this 1987 photo of the N flank. The hill across the shallow lagoon to the lower right is a debris avalanche hummock produced by collapse of the summit and N flank in 1883. The result of the avalanche was a large horseshoe-shaped crater that is largely filled by 20th-century lava domes; the outer wall is in the shadow to the left. The area covered with sparse green vegetation is a pyroclastic flow deposit from the 1883 eruption.