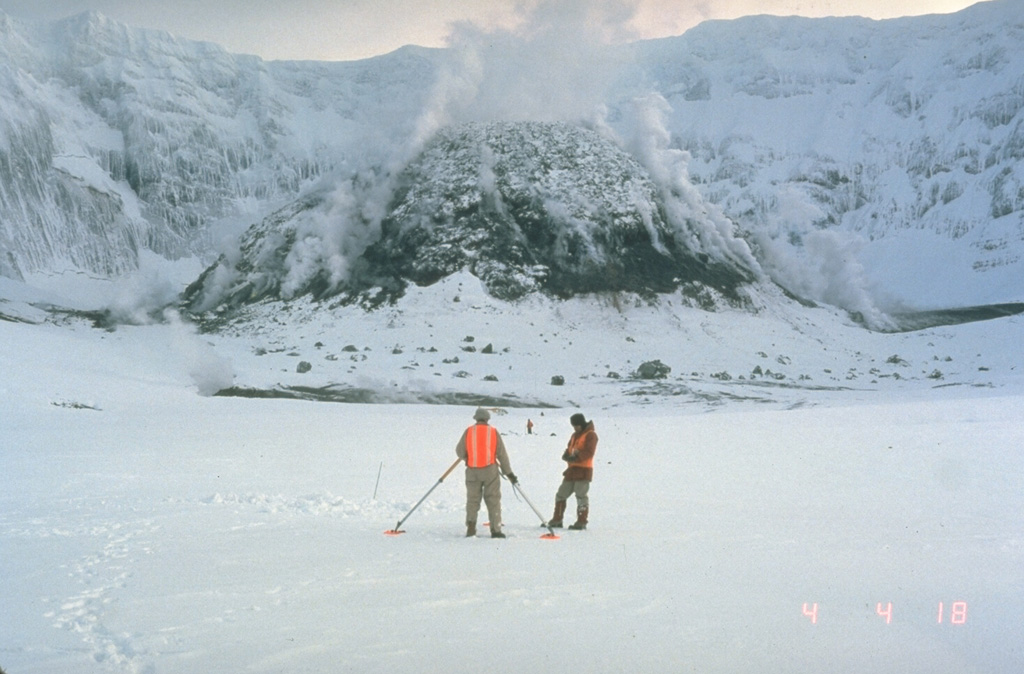 U.S. Geological Survey scientists make precision leveling measurements in the crater of Mount St. Helens in February 1982 with the steaming lava dome in the background. Repeated measurements of deformation was one of several methods used by scientists to successfully forecast later eruptions from the crater.