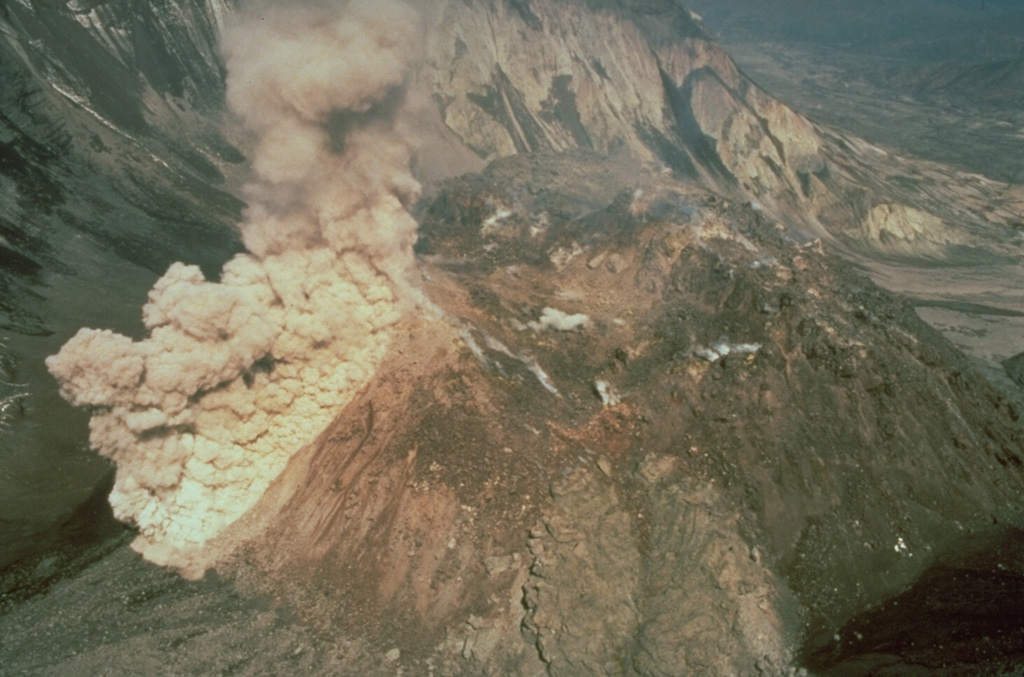 An ash plume rises above a rockfall on the south side of the Mount St. Helens dome during a period of lava dome growth in June 1985. Lava dome growth occurred intermittently from 1980 to 1986.